‘It happens every day’: Leo Prinsloo’s life of hits and horrors

Prinsloo's boss told The Citizen that four attacks were recorded on the same day as the one which has now gone viral. 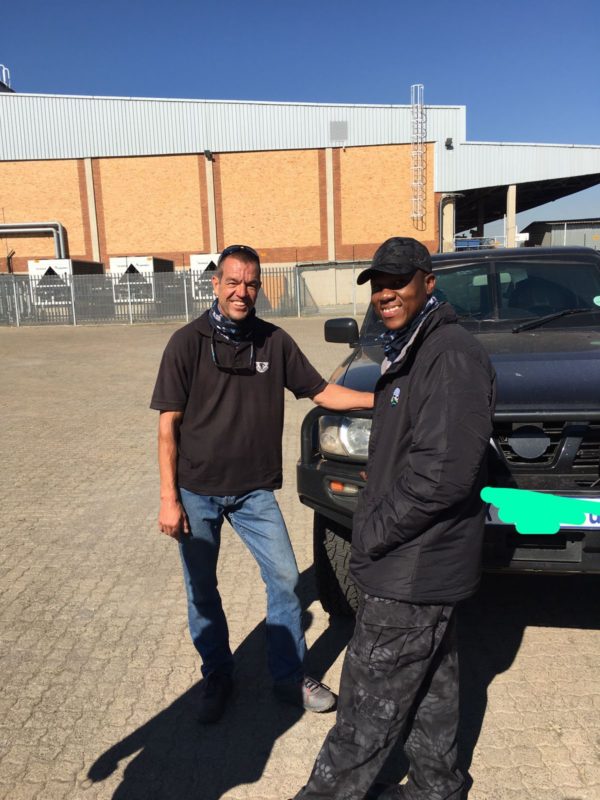 Leo Prinsloo and Lloyd Mtombeni managed to evade about 30 bullets when they bravely rammed into robbers during an attempted heist. Picture: Supplied

While the country continues to celebrate (and meme) cash-in-transit escort driver Leo Prinsloo for evading a series of live bullets while foiling an attempted heist, he insists he was just doing his job, during which he sees about six to seven similar incidents per week.

The gutsy Prinsloo grabbed international attention this week, after a leaked video showing the tough guy dodging a string of bullets in his armoured Toyota Land Cruiser on the N4 in Pretoria, after the vehicle he and his partner were escorting came under attack.

In the process, Prinsloo relentlessly tried to crash his vehicle into the robbers, successfully ramming one of their vehicles off the road. He and his colleague Lloyd Mtombeni were escorting a vehicle carrying cellphones when they were shot at more than 30 times.

Despite Prinsloo garnering plenty of praise for his “badass” actions, he apparently felt the attention was unnecessary as he was simply doing his job, said Deon Coetzee, managing director of Fortis Pro-Active Defence Solutions, where Prinsloo works.

Coetzee told The Citizen that similar attacks happened at least six or seven times per week, with four attacks recorded on the same day as the one which has now gone viral.

“South Africa has become a haven for all kinds of gangs. We have all sorts of things… Sadly, there is about a 40% to 50% success rate of stopping these things – meaning we are losing these people,” he said.

Prinsloo under protection due to death threats

Prinsloo and his family have since been placed under protective guard, as he has been receiving death threats, Coetzee said.

“We are keeping everything serious but there is organised crime involved in this so … Any gang who can, at this stage, take out Leo would score ‘street cred’ with all other gangs. The video should never have been leaked in the beginning and showing the inside of the vehicle,” said Coetzee.

WATCH: How Leo Prinsloo literally drove into and chased the highway robbers

Coetzee said Prinsloo regrets the big fuss being made about him, considering how many other operators face similar dangers every day.

“His biggest gripe is ‘I was just doing what all these guys are doing daily but they want to make a hype about me.’ So many of us are doing this. I don’t know why. It’s a calling,” Coetzee said.

The cash in transit escort drivers name is Leo Prinsloo. Ex South African Special Police taskforce member / sniper. He rammed and chased one of the Audi’s into a hotel carpark. Suspects ran into McDonalds. 2 x AK47’s recovered. Lucky for them they got away. pic.twitter.com/2pqHnym2LY