By 2023, motorists will get their drivers licence cards delivered to their homes within seven days, along with a digital copy on their phone. 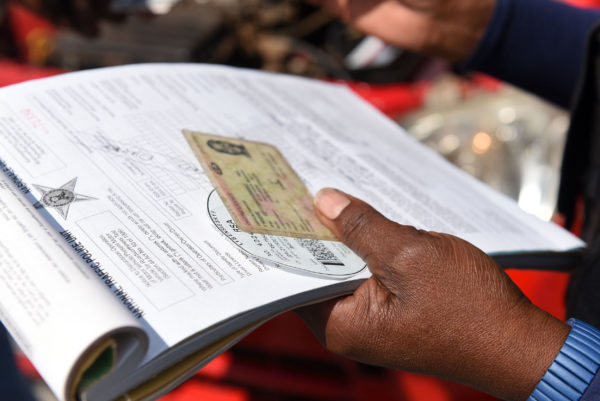 In about two years’ time, motorists will be able to have their drivers’ licence card delivered to their homes within seven days and stored digitally on their cellphones.

The card, planned to be implemented in the 2022-2023 financial year, will include improved security features while complying with international standards, the department said.

The card is still to be approved by Parliament, but the department has some ambitious plans.

Why do we need new licences?

The current infrastructure is old and maintaining it is not cost-effective, department spokesperson Collen Msibi said.

This and the current 10-to-14 days turnaround time for application and delivery of drivers’ licence cards, he said, made it necessary for an upgrade.

“With improved equipment and re-engineered processes, the DLCA aims to reduce the turnaround time to seven days.

“With compliance to international and regional standards, the card will be internationally accepted. There will be no need to apply for an international driving licence when travelling overseas,” said Msibi.

The new technology would also enable the “seamless sharing of information” with other transport entities such as the Road Traffic Management Corporation.

No more queueing, as it is all online

The new system is also aimed at relieving the frustrations of long queues at testing centres, as applications and all other systems will operate online, even including the option of a delivery service, Msibi explained.

“The modernised card production system will mean that citizens can apply for a card online and even elect to have their card delivered to them. This will reduce the traffic at the testing centres.”

Motorists will also have the option of selecting to obtain the physical card or a digital version, which would be available on cellphones through an app.

“As a result, there is a need to modernise the card production system which means the new card with improved security features, re-engineering business processes, and training of staff,” said Msibi.

Driver's licence renewal fiasco: Mr Fix has the solution
6 days ago
6 days ago

Driver's licence renewal fiasco: Mr Fix has the solution
6 days ago
6 days ago