In another incident in Reservoir Hills, snake rescuer Nick Evans found a 2.4 black mamba that had been run over by a car on Thursday.

In a video he shared on his YouTube channel on Thursday, Arnold said people called and alerted him to a “large snake” they had seen go into an abandoned house.

“When I came into the house and started looking and saw all the holes and windows that are broken and open roof, I thought there’s no chance I’ll find the snake, he’s long gone,” he said.

He found the snake, which had probably claimed the abandoned house as hers due to the rats that frequent the place.

“He just sits here and ambushes them and only lives here so it’s basically his house. It’s not a huge mamba, probably a 2.2 metre snake,” he said.

After a few seconds of trying to catch the snake, Arnold established it was female – a fact that could spell trouble for the community.

“It’s not good news for these people because it is mamba mating season now. This girl would have released a scent trail everywhere she’s been cruising around. Everywhere she’s been, there will be a scent trail and if there are any males in this immediate facility, they will pick up on that scent and follow it. Where is that scent going to lead them? Right here,” Arnold said.

“I will tell them for the next two months to keep a very good eye open because we may get some males coming in here looking for her. Of course I’m taking her away from here so her scent ends here.”

In another incident in Reservoir Hills, snake rescuer Nick Evans found a 2.4 black mamba that had been run over by a car on Thursday.

“The dangers snakes face while trying to navigate through suburbia. Its life won’t go to complete waste, though. We use dead mambas for our ongoing black mamba research project in which we are looking at a variety of aspects of this majestic species,” he said. 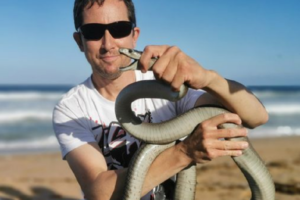 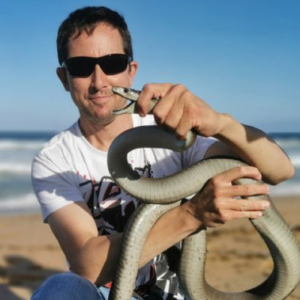 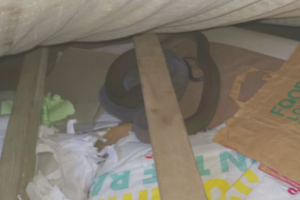 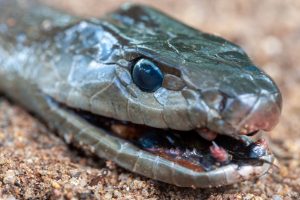