More than 3,000 in Gauteng now in hospital with Covid-19 as third wave bites

South Africa currently has 60,339 active cases, the Department of Health has confirmed. 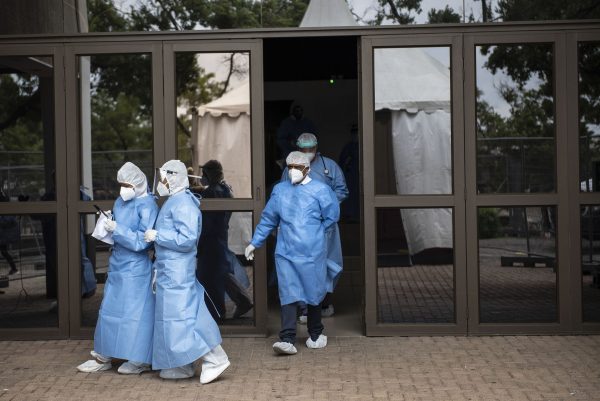 As South Africa heads into what is being described as the third wave of SARS-CoV2 infection, Gauteng currently has more than 3,000 people hospitalised with Covid-19.

According to the provincial statistics, as of 4 June, 3,062 people were hospitalised in public and private facilities.

Gauteng recorded 3,028 new infections on the same day. Johannesburg had the most cases, with 1,188, followed by Tshwane with 904 and Ekurhuleni on 572.

According to the provincial government,  as of 4 June, 346,914 people had been vaccinated in Gauteng.

Meanwhile, KwaZulu-Natal, which released its statistics on Saturday morning, recorded 234 new infections in the last 24 hours.

The country currently has 60,339 active cases, the Department of Health confirmed.

Ninety-seven more Covid-19 related deaths were reported, with 0 from Eastern Cape, 21 from the Free State, 41 from Gauteng, 5 from KwaZulu-Natal (KZN), 0 from Limpopo, 3 from Mpumalanga, 0 from North West, 15 from the Northern Cape and 12 from the Western Cape.

This brought the total number of official Covid-19 related deaths to 56,929.

Today the cumulative number of #COVID19 cases identified in South Africa is 1 691 491. Today, 97 COVID-19 related deaths have been reported which brings the total to 56 929 deaths.Our recoveries now stand at 1 574 223, representing a recovery rate of 93,2% pic.twitter.com/QCCRoZTgGT

Brazil’s health regulator Anvisa issues exceptional clearance for imports of Russia’s vaccine against Covid-19, Sputnik-V, and India’s Covaxin, while at the same time setting limits on their use.

The agency had originally opposed their use because of a lack of data on them.

Italy logs 600,000 vaccinations Friday, the most for a single day, the authorities announce.

A total of 37.06 million doses of vaccine have now been administered, and 12.7 million people have been fully vaccinated, putting Italy second only to Germany for vaccinations in Europe.

Markets and shopping malls in New Delhi will be allowed to partially reopen from Monday in a further easing of the Covid-19 lockdown, the chief minister says as infections fall in major Indian cities after weeks of restrictions.

Australia’s defending Olympic 100m freestyle champion Kyle Chalmers says the prospect of being in Japan for the Tokyo Games is a “little bit scary”.

The novel coronavirus has killed at least 3,714,923 people since the outbreak emerged in China in December 2019, according to a tally from official sources compiled by AFP at 1000 GMT on Saturday.

The United States is the worst-affected country with 597,001 deaths.

Covid-19 has killed at least 4.6m people worldwide
6 days ago
6 days ago 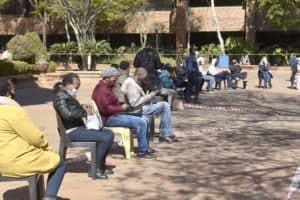 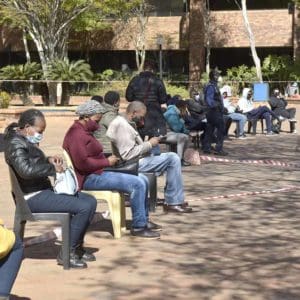 Covid-19 has killed at least 4.6m people worldwide
6 days ago
6 days ago