We will finally face our accusers in Malawi, says Bushiri

Bushiri and wife Mary have welcomed the court ruling that witnesses must appear in person. 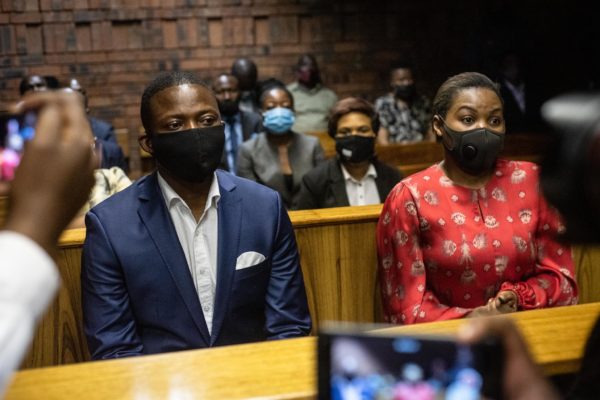 Self proclaimed prophet Shepherd Bushiri and his wife Mary in the Pretoria Magistrate's Court during their bail application on 4 November 2020. Picture: Jacques Nelles

Enlightened Christian Gathering church leader Shepherd Bushiri says he is ready to face his accusers in his home country of Malawi.

The Lilongwe Magistrate’s Court ruled on Tuesday that South African witnesses in the Bushiri extradition case would have to appear in the Malawi lower court.

The state had applied for the South African witnesses to appear via video conferencing, citing Covid-19 as one of the reasons.

“The state on Friday last week was supposed to parade South African witnesses in Malawi courts as ordered by the magistrate in March 2021, but the witnesses did not show up,” said Bushiri following the ruling.

“In his ruling today, the magistrate underlined that it is mandatory that witnesses come to Malawi and testify in person. This means that the witnesses must appear in Malawi courts and give their testimony orally, in person publicly. This is part of the constitution’s right to a fair hearing.”

Bushiri and wife Mary have welcomed the ruling, celebrating the end of “unfair trial gimmicks”.

“After years of being accused without being tried in South Africa, we will, finally, face our accusers in the country. This was supposed to be done three years ago in South Africa but we had so many stories why witnesses could not show up in courts. Typical of unfair trial gimmicks! Soon justice will prevail.”

Malawians gathered outside the court on Tuesday in celebration of the ruling.

The Bushiris are charged in South Africa with fraud and money laundering to the value of R102 million.

They fled the country to their homeland just a few days after they were granted bail of R200,000 each by the Pretoria Central Magistrate’s Court.