SAA 2.0: Equity partnership has ‘a decent chance’ of succeeding 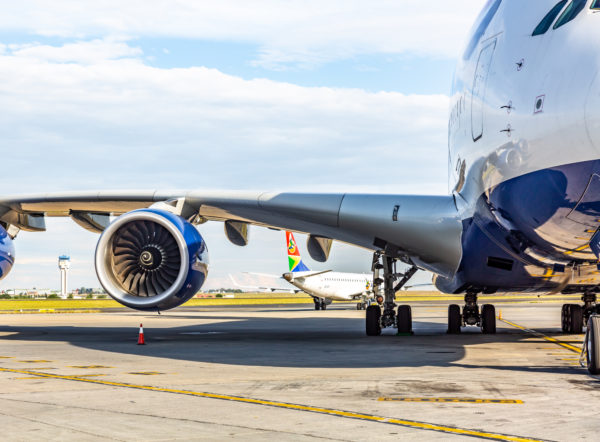 The deal sees government become a minority shareholder in a partnership that remains subject to due diligence, expected to be completed over the next few weeks. Photo: iStock

The deal sees government become a minority shareholder in a partnership that remains subject to due diligence, expected to be completed over the next few weeks.

Between Global and Harith, a 51% majority of SAA 2.0 will be held, the consortium dubbed Thakatso (meaning aspire) was headlined as a black empowerment win by Gordhan.

The Citizen reported on the mooted deal last night.

Both Novick and Mahloele emphasised the intended sustainability and future profitability of the airline. SAA exited business rescue at the end of April, and there is the imminent R 10.5 billion bailout.

The consortium has suggested an in as the investment of around R3 billion.

While the shareholding places government in a minority position, the parties were vague about the Shareholders Agreement that will detail its mandate.

This could see the State retain several veto rights or influence including Board composition, network and fleet amongst others.

Will SAA 2.0 be required to service trade partners in Africa and the rest of the world as its loss-making predecessor had to do? What financial instruments will be in place to cover off potential loss-making routes?

What is critical to understand and was unsaid at the announcement is SAA 2.0’s Social License to operate and how it will be played out in the mandate that the Shareholders Agreement is yet to reveal.

Will SAA 2.0 continue to enjoy de facto flag carrier status, and would it have to play a developmental state role as SAA had done in the past. Also, to consider would-be key tourism route services and can SAA 2.0 still be called upon by the State in emergencies such as the recent Covid-19 repatriation exercise? How this all plays out remains to be seen.

Former chief strategy officer for SAA, Barry Parsons, who was the initial architect of SAA’s SEP strategy 9 years ago, said the deal looked sound, and wished “the new SAA well.”

“Critical details, such as the Shareholders Agreement and what powers are reserved for the Government will be critical to how the business is “allowed” to run.

“There seems to be some smart people involved in the consortium, but I hope they have done their risk/reward calculations well, as the Government has proved a very unreliable counter-party.”

Parsons was likely referring to the massive losses incurred by Airlink in revenue and forward sales following what has been called SAA’s extended and corrupt Business Rescue Process that has allowed government to ultimately walk away from creditors such as Airlink sans future obligations.

“The news that Gidon Novick has been appointed as CEO of the operation is heartening for investors,” he says, but doubts that the R3 billion will be sufficient.

“The airline has to regain market share while competing on price, and will likely burn through R5 billion in cash during its first year,” says Leitch.

However, he adds that Novick and the “global team are good operators and there is a decent chance of success.”