My fellow South Africans… Time for another family meeting

President Cyril Ramaphosa will address South Africans on Tuesday night, on the latest developments in the Covid-19 fight. 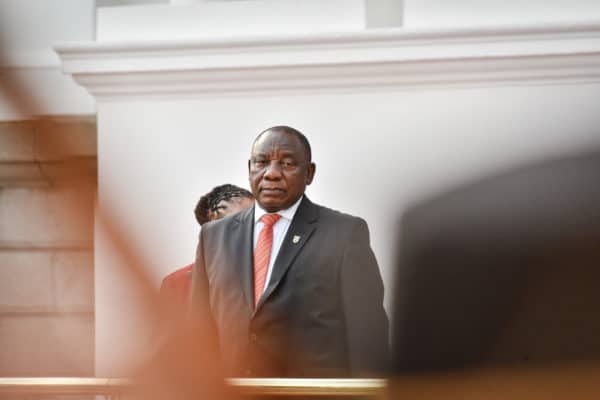 President Cyril Ramaphosa. In his latest address to the nation on 15 June 2021, Ramaphosa confirmed that South Africa will move up to lockdown level 3. Picture: Jacques Nelles

Amid a steady increase in the number of Covid-19 infections in the past few weeks, President Cyril Ramaphosa will  address the country on Tuesday evening at 20:00.

The president is expected to announce a series of stricter lockdown measures after several provinces officially entered the third wave of infections. On Monday there were 5,552 new confirmed cases of Covid-19 and 114 deaths. The country’s official death toll now stands at 57,879.

President @CyrilRamaphosa will address the nation at 20h00 today, Tuesday, 15 June 2021, on developments in the country’s response to the COVID-19 pandemic. pic.twitter.com/lEriqUuki5

Gauteng has in recent weeks become the epicentre of the virus, with hospitals running out of bed space. Despite this, reopening the 500-bed Nasrec Field hospital was dismissed as an option as it has already been decommissioned at a cost of R3.5 million.

According to DA MP Jack Bloom, Gauteng’s fight against Covid-19 had been heavily impacted by the closure of Charlotte Maxeke Hospital in Johannesburg.

Ahead of the expected tightening of restrictions, liquor traders also begged the government not to implement another ban on alcohol sales.

They requested stricter enforcement of existing regulations rather than harsher regulations, warning this would have a disastrous effect on jobs and the economy.

Also Read: Liquor traders call on govt not to impose another ban on alcohol sales

The last of Ramaphosa’s “family meetings” came at the end of May when the country moved to adjusted Level 2.

Also Read: More calls for elections to be put on hold, as SA goes back to level 2