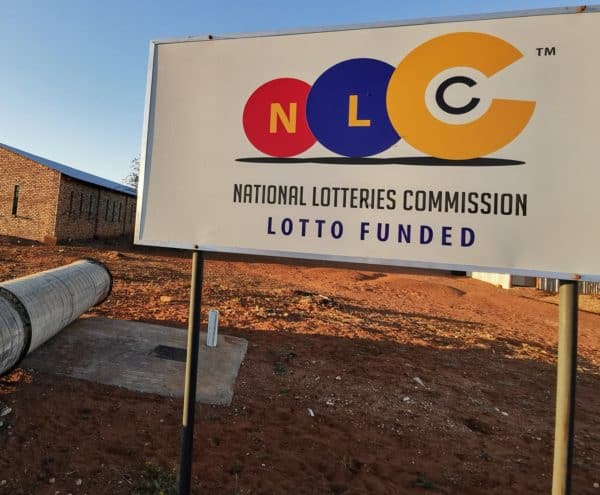 The beneficiary of a R27,5 million National Lotteries Commission (NLC) grant is arguing that neither the president of the country nor the Minister of Justice have the authority to order the Special Investigating Unit (SIU) to probe the supposedly shady awarding of said grant.

Furthermore, they have also argued that even if the president and minister do have the power to order a probe, the SIU has “exceeded or abused this authority”, by conducting a “fishing expedition” and attempting to usurp the powers of the South African Police Service.

City Press on Sunday reported that the above arguments were made by in letters by director of Denzhe Primary Care, Liesl Moses, via her attorney Lesley Ramulifho. Ramulifho has himself been linked to benefitting irregularly from Lotto grants, and has gone as far as attempting to silence several media houses from reporting on this.

Moses was due to appear before an SIU hearing on Monday, in order to answer questions about the dodgy payment of millions into an NPO which she allegedly helped hijack from its original founders, in order to receive said grant.

The hearing was cancelled, after she and her attorneys at Ramulifho Attorneys applied for an interdict to stop it, citing the president and minister as respondents.

Ramulifho argued that the investigation is a “pseudo-criminal trial that bears the reverse onus where an individual suspected of criminal wrongdoing is called upon to prove their innocence and/or assist the investigators with constructing a criminal case against the suspect themselves.”

Moses and Ramulifho filed their papers on Monday, asking for an interdict against the hearing, pending the court’s findings on their argument against the SIU’s powers.

They also argued that there was no rational reason for her to be expected to answer on the affairs of the NLC, since she was never employed by them.

How it all began?

Denzhe Primary care was set up as a non-profit organisation by Takalani Tshikalange in rural Limpopo in 2012, to help people with HIV.

Four years later though, none of her plans had come to fruition and the NPO lay dormant.

And then, out of nowhere Tshikalange received a notification of of R7,5 million from the National Lotteries Commission being deposited into her NPO’s bank account, only she was no longer listed as a signatory on the organisation’s account.

Also Read: How a hijacked organisation scored millions from the national lottery

It eventually emerged that Denzhe had been hijacked and received a pretty penny in Lottery funding for its supposed charity work. The NPO’s new directors were Lesley Ramulifho, Karabo Charles Sithole and Liesl Moses, according to the NLC application.

Denzhe received a total of R27.5 million in Lottery funding to build a new drug rehabilitation and sports centre. None of the projects have been completed and an independent quantity surveyor later found that the total value of work done was R4.8 million.

Documents uncovered by Groundup showed Ramulifho used a large portion of the funding to buy a private home in a luxury country estate.

Ramulifho spent most of a R7.5 million tranche paid into Denzhe’s account to pay for a R11 million home on the upmarket Mooikloof Equestrian Estate on the outskirts of Pretoria.

An amount of R5 million was paid from the Denzhe account to a conveyancing attorney who is also an estate agent active in Mooikloof Estate, a day after the NLC deposited R7.5 million into Denzhe’s account.

At least two seafood restaurant franchises were also allegedly purchased with some of the money from the grant.

Trying to muzzle the media

Ramulifhe tried suing several publications over an expose linking him and his firm to the Denzhe saga, only for the court to throw the case out and slap him with the legal costs the titles he hauled to court, including The Citizen, racked up as a result.

Now not only are his assets at risk of being sold to foot the R93,000 bill, he is also staring at a renewed bid to potentially get him disbarred over fraud allegations.

In April 2019, the High Court in Pretoria dismissed an urgent application that Ramulifho, brought against GroundUp, The Citizen and The Daily Dispatch.

Also Read: Tshwane lawyer slapped with costs after trying to sue The Citizen

The court found the case was not urgent and ordered Ramulifho to pay the “wasted” costs the media houses incurred.

But with a R93,086.84 bill still outstanding, the sheriff last month moved to attach moveable property at Ramulifho’s offices.

And his legal woes are stacking up: the Legal Practice Centre (LPC) last year dismissed a misconduct complaint GroundUp lodged against him accusing him of having used forged documents to try and win his case and an appeal bid.