‘Your days are numbered,’ warns Bushiri on reports he was in SA

Bushiri has reiterated claims that he will never get a fair trial in South Africa, claiming he will use the evidence he has been keeping from 'corrupt' police officials to expose them in court. 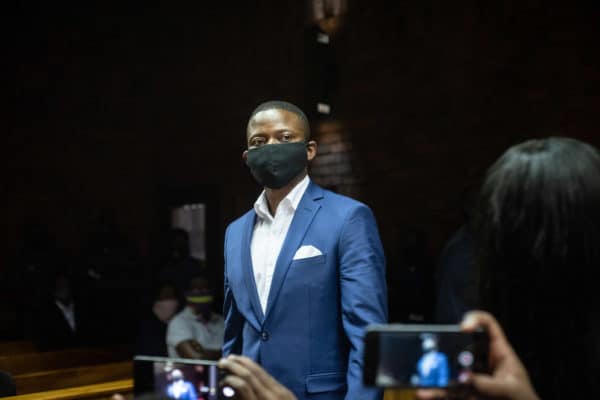 Self proclaimed Prophet Shepherd Bushiri in the Pretoria Magistrates court during the bail application for him, his wife Mary and co-accused, 4 November 2020, Pretoria. Bushiri and his wife were released on R200 000 bail. Picture: Jacques Nelles

Enlightened Christian Gathering (ECG) church leader Shepherd Bushiri is not impressed with reports alleging he has been visiting South Africa.

The Bushiris are charged in South Africa with fraud and money laundering to the value of R102 million.

They fled the country last year to their homeland just a few days after they were granted bail of R200,000 each by the Pretoria Central Magistrate’s Court.

While the South African government is fighting to have the couple extradited back to the country, a report in City Press on Sunday claimed Bushiri has been visiting South Africa since his escape, with the most recent visit allegedly in April.

The paper further claimed that State Security Agency (SSA) officials failed to act on a tip-off regarding Bushiri’s whereabouts in the country, as they believed the source was “trying to make a quick buck”.

Hawks spokesperson Philani Nkwalase told The Citizen that “It is common cause that he is currently in his country of birth.”

Responding to the allegations, a seemingly peeved Bushiri slammed the publication and officials who  apparently threatened to make his life a “living hell”.

“I know who is behind your stories and I know your entire syndicate. I am also aware of those crooked and corrupt police officers that you work with. I denied giving you money and you promised to make my life a living hell.

“You arrested me and tarnished my name. You are still doing it now and you know – your days are numbered. My silence does not in any way indicate ignorance.”

Bushiri reiterated his claims that he would never get a fair trial in South Africa, claiming he will use the evidence he has been keeping from “corrupt” police officials to expose them in court.

“It is very unfortunate that you have decided to call me guilty even before I have been given the legal opportunity to prove my innocence. This is why you keep pushing your media propaganda forward. But your presumptions will always prove to be what they are- presumptions and baseless in nature.

“I have safely kept away all the evidence against your corrupt journalists and police officers which I will present in court. I will expose you trust me on that one,” he said.

ALSO READ: We will finally face our accusers in Malawi, says Bushiri

“You can misrepresent facts on social media and make it appear as though you are at an advantage with your propaganda, but trust me, the law in Malawi does not use media. They use evidence and facts!
See you soon on the other side of the law!”

Last week, the Lilongwe Magistrate’s Court ruled that South African witnesses in the Bushiri extradition case would have to appear in the Malawi lower court.

The state had applied for the South African witnesses to appear via video conferencing, citing Covid-19 as one of the reasons.