During an interview on Monday morning, Acting Health Minister Mmamoloko Kubayi-Ngubane said the re-opening of the hospital is being held-up because they can't find the plans. 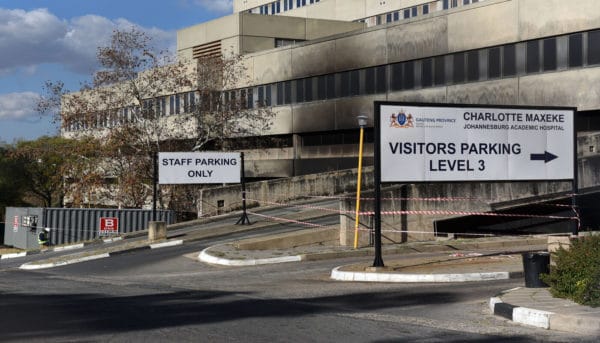 While Gauteng is the worst hit, Kubayi-Ngubane said all provinces showed a trend of increased infection rates, and said government is monitoring the situation on a daily basis.

Thabo Masebe, spokesperson for the Gauteng Provincial Government, on Friday said there were no plans for Charlotte Maxeke buildings.

When asked what was being done about the matter, Kubayi-Ngubane said new plans will be drawn up.

“During the apartheid times, some of the buildings were declared buildings that were under the national key point so they did not have plans”.

She acknowledged that the ANC should, in 27 years, “have checked and had the plans”, adding it was not a requirement in the past “to have the plans registered with the municipality because they were declared they should not have those plans public”.

“What we are doing, Gauteng Health has informed me they have the engineers to use 3D to be able to take pictures to be able to do the plans”.

The department closed on 16 April 2021 after a fire damaged parts of the building. At the time, staff from the CMAH were relocated to Steve Biko Hospital.

The minister said new cases in Gauteng increased by 37.9% during the last 24 hours.

South Africa’s positivity rate is currently 16.3% – as per WHO recommendation, it should be 5%.

She called on South Africans not to leave their homes unnecessarily.

When asked if it’s wise to proceed with the vaccine rollout for teachers while so many health workers and senior citizens are yet to receive their jabs, Kubayi-Ngubane explained the rationale behind the decision, which is to ensure the “pandemic doesn’t leave a long legacy of things we cannot fix”.

It is therefore important that educators and anyone working with children be vaccinated as the youth won’t recover if their education is disrupted indefinitely.