The Gauteng Infrastructure Development Department is still waiting to receive an occupation certificate from the City of Johannesburg. 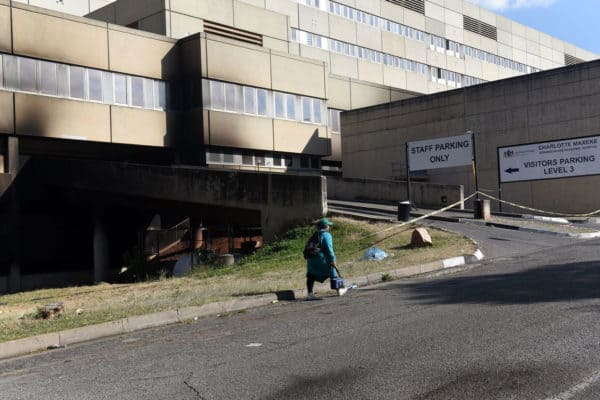 Charlotte Maxeke Johannesburg Hospital’s oncology unit will only reopen on 5 July, a far cry from the promised reopening this week.

This according to DA Gauteng health shadow MEC Jack Bloom, who said cancer patients had been dealt “a bitter blow by yet another delay”.

The oncology department closed on 16 April after a fire significantly damaged parts of the hospital building.

The next day, the Gauteng government decided to temporarily close the hospital.

The hospital’s radiation oncology department was severely affected by the fire.

Bloom said the delay was confirmed by the Gauteng Infrastructure Development Department, which is still waiting to receive an occupation certificate from the City of Johannesburg.

The certificate is said to have outstanding requirements, such as missing building plans and the need for fire doors to be replaced.

“During the apartheid times, some of the buildings were declared buildings that were under the national key point so they did not have plans”.

She acknowledged that the ANC should, in 27 years, “have checked and had the plans”, adding it was not a requirement in the past “to have the plans registered with the municipality because they were declared they should not have those plans public”.

Kubayi-Ngubane also said during the interview that the hospital’s radiation oncology department would resume operations this week.

“What we are doing, Gauteng Health has informed me they have the engineers to use 3D to be able to take pictures to be able to do the plans”.

‘Life or death’ for cancer patients

Bloom said the department failed to do their job previously, “and now they throw technical obstacles that are preventing the use of desperately needed hospital beds.

“The balance of risks surely favours a temporary exemption from technical requirements and reopening those sections of the hospital that are structurally safe.”

Bloom said he received calls daily from cancer patients worrying about their treatment.

“It is a matter of life or death for them.”

In the DA’s statement, the party was also calling for Gauteng Premier David Makhura to invoke emergency and state of disaster measures to ensure that Charlotte Maxeke hospital reopen as soon as possible.