Malema pleads EFF’s case: October local elections ‘will not be free and fair’

Malema has called for the local government elections to be postponed to April 2022 in order to protect citizens' lives. 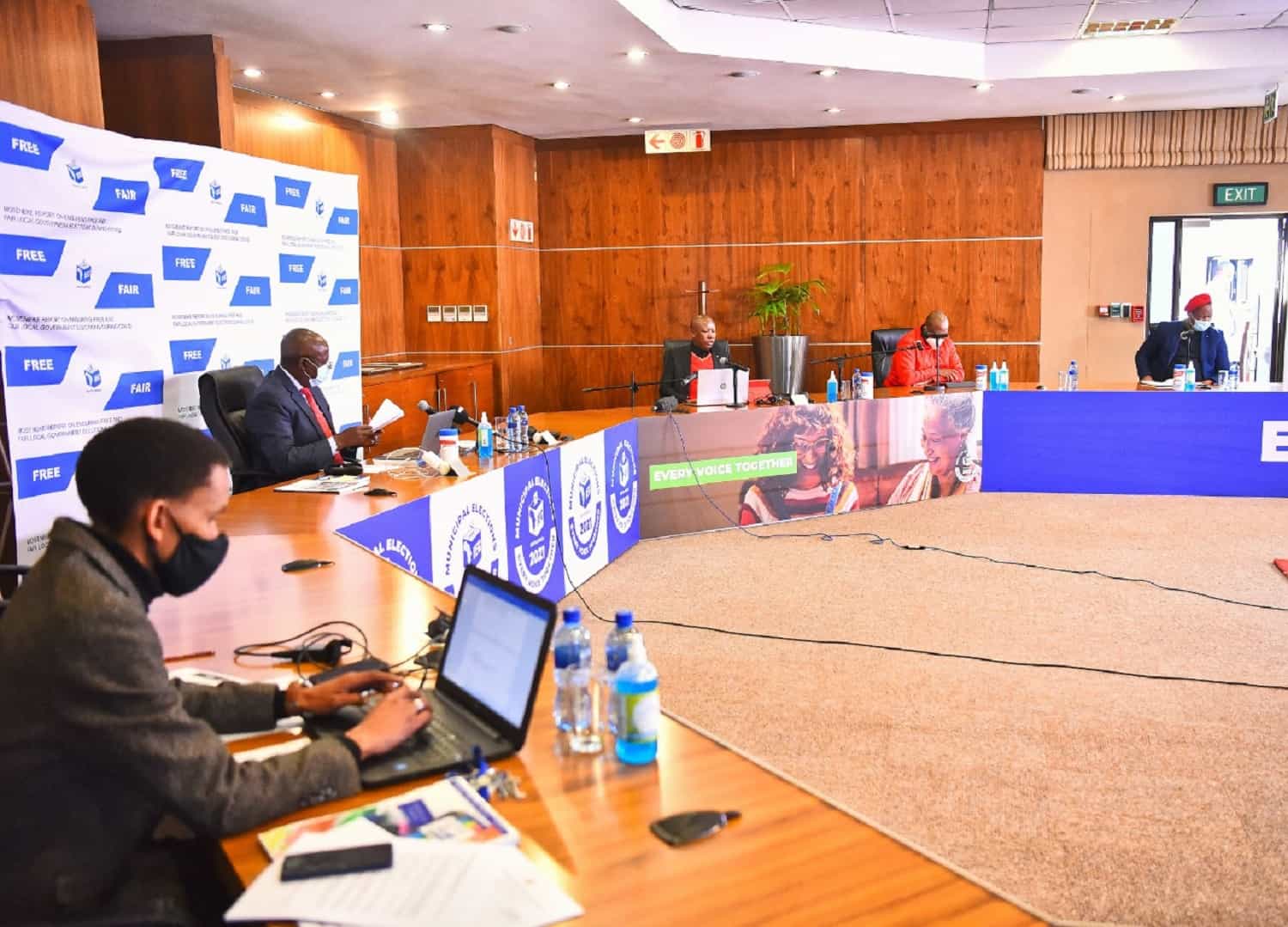 Economic Freedom Fighters (EFF) leader Julius Malema has maintained his party’s stance to have the 2021 local government elections postponed to a later date, due to the Covid-19 pandemic.

Malema, on Friday, made a submission to the former deputy chief justice Dikgang Moseneke’s inquiry, which was established to review whether the current conditions were conducive to the convening of elections.

‘Elections not free and fair’

During the proceedings, the EFF leader argued that government deciding to proceed with the elections in October would be in violation of the section 190 (1) of the Constitution.

He said the party believed that the “elections in 2021 would not be free and fair” and would not “protect the lives of our people”.

“We make this submission because we know that elections are not just what happens on voting day, but involve many physical activities and preparations which begin more than 12 months before the actual voting,” the EFF leader said.

[HAPPENING NOW]: CIC @Julius_S_Malema is giving an oral submission at the Justice Moseneke Inquiry on Free and Fair Local Government Elections during Covid-19.

Malema pointed out that voter registration weekend was just as important.

“The registration is the same as the voting day… you have to mobilise people to go register. It’s very important that they register because without them registering then there’s no need to have elections.

“People can only vote if they register. This day of registration is also used to verify whether you are appear in the correct voters roll,” he said.

The EFF leader further emphasised that political parties were constrained in conducting their campaigns, in efforts to encourage the youth to vote.

He slammed the proposal by Independent Communications Authority of South Africa (Icasa) for political parties to promote their campaigns on television for free.

“A lot of people came here to argue that Icasa gives us an opportunity to advertise by giving us free slots. The slots are dominated by dominating political parties [as] they are given prime [time] slots because of the numbers they have.

ALSO READ: Final report on whether elections are feasible amid lockdown to be completed by July

“In 2019, the EFF slots which were given by ICASA were they around eleven or twelve… some of them even two in the morning.

“When everybody is sleeping the EFF is advertising so what is the point? I mean it’s like we are advertising to ghosts and ghosts are not allowed to vote,” he added.

Malema also warned of a possible fourth wave of Covid-19.

“Less than five million people have been vaccinated and this means that the necessary immunity will not be achieved anytime soon. There is already a prediction that the fourth wave will commence in October, the month of the elections,” he said.

He highlighted that the problem was that South Africa was subjected to certain vaccines, suggesting that government acquire more vaccines.

Malema previously demanded that the South African Health Products Regulatory Authority (Sahpra) approve the use of Russian and Chinese Covid-19 vaccines – Sputnik V and Sinovac in the country.

The EFF leader has argued that the country can hold elections once everyone has been vaccinated.

“If our people are vaccinated, we can have elections at any time because that is the most practical thing to happen, in particular with regard to what we are facing now,” he said.

He has since called for the elections to be postponed to April 2022 to protect lives.

“The EFF is just making simple request: let’s postpone until April next year. We must the calculate how many days are those and if whether you asking the IEC for something they have not done. They have done it last year. It’s not something that was during president [Nelson] Mandela’s term.

“We ask that elections be postponed to April and if by end of October, there will be some sense of clarity in terms of vaccinations, in terms of behavioural patterns of the pandemic, and even then, if the situation is not what we envisaged, we can still postpone until we are all guaranteed it is safe,” he said.

More than 200 parties to contest elections

The local government elections on 27 October will see more than 200 political parties and at least 65,000 independent candidates participate.