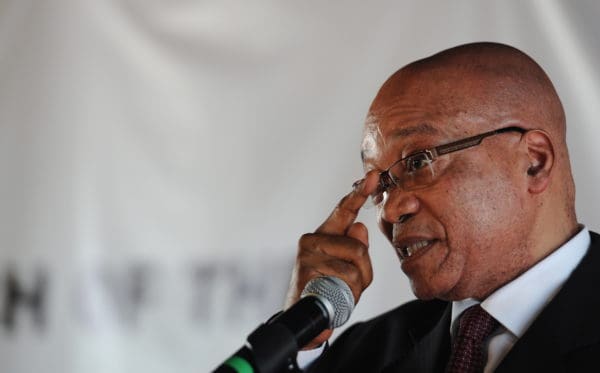 Confirmed: Zuma hands himself over to the police for arrest

In a statement shortly before midnight, the JG Zuma Foundation confirmed that former president Jacob Zuma would be spending the night in prison.

“Dear South Africans and the World. Please be advised that President Zuma has decided to comply with the incarceration order. He is on his way to hand himself into a Correctional Services Facility in KZN. A full statement will be issued in due course.”

The ANC has suspended Carl Niehaus from the ruling part with immediate effect a day later after he, in effect, showed the party’s national executive committee (NEC) the middle finger.

Now the NEC has hit back at Niehaus – who is the spokesperson of the now-disbanded Umkhonto weSizwe Military Veterans Association (MKMVA).

Last week Thursday, the Constitutional Court dismissed Mkhwebane’s application for leave to appeal the high court decision to set aside her report into the CR17 campaign.

Mkhwebane approached the apex court after her report into the CR17 campaign was set aside in March last year by the North Gauteng High Court in Pretoria.

A recent incident at a captive wildlife facility in South Africa has once again thrown the questionable industry into the spotlight.

A young woman volunteer from Belgium was left traumatised after she was attacked by a captive cheetah at the facility last month, Blood Lions said in a statement on Wednesday.

Haitian President Jovenel Moïse was assassinated on Wednesday at his home by a commando, interim Prime Minister Claude Joseph announced.

Joseph said he was now in charge of the country.

Moïse’s wife and First Lady, Martine Moïse, was also wounded in the attack, Joseph said in a statement written in French.

Inside SA’s spurious ‘average’ salary of R23,122 per month

While accepting that averages are fraught with shortcomings, the finding that the average salary in the formal sector in South Africa has increased by R727 per month – from R22 395 in March 2020 to R23 122 in 2021 – is nevertheless interesting.

The South African Radio Astronomy Observatory (SARAO) announced on Tuesday that a group of 20 galaxies have been discovered with South Africa’s MeerKAT telescope.

This large galaxy group is likely the most neutral hydrogen gas-rich group ever discovered, and it is the first time this group has been identified, despite residing in a very well-studied area of the sky.