Can Zuma ask for a presidential pardon after defying courts? 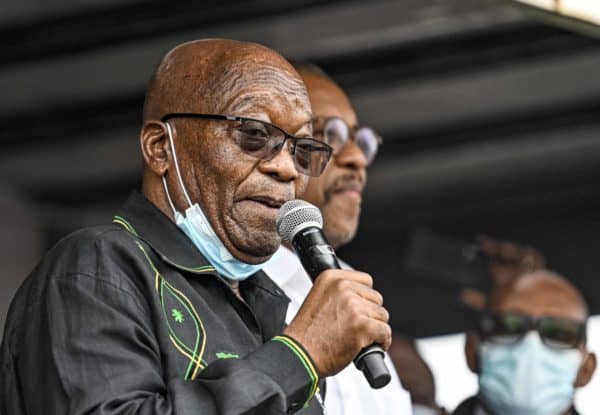 Former president Jacob Zuma was sentenced to 15 months on 29 June for defying an instruction to give evidence at the state capture inquiry relating to corruption during his nine-year tenure.

The question now remains: will Zuma be granted a presidential pardon?

South Africa woke up to a strange new world on Thursday. The 79-year-old former head of state officially began his 15-month sentence at the Estcourt Correctional Centre in KwaZulu-Natal, the Department of Correctional Services (DCS) confirmed.

Should Zuma receive a pardon?

Former director-general in the Presidency Reverend Frank Chikane said he supports the idea of a presidential pardon if Zuma applies for it, but only if he admits to his mistakes.

Chikane told eNCA’s Gareth Edwards presidential pardons “are the prerogative of the president, there are rules that govern pardons”. In his personal view, pardons should be granted if the person applying for it admits to wrongdoing on their part.

“People who apply for pardons would be those who say, ‘I’ve made a mistake, I shouldn’t have done this’. You can’t defy the courts and then ask for pardon.”

He said merely admitting to a mistake is not good enough for a pardon; Zuma should also apologise, as it is “about being accountable.” He said Zuma was a former head of state and should therefore be expected to account for his actions.

“You can’t say you want a pardon but [then say] ‘I’m not going to account for my actions.’ The two things can’t go hand in hand. This is my personal view about pardoning.”

He says from a democratic point of view: “It’s more about respecting the Constitution, the law, making sure everyone is equal in the law. Pardons are difficult, especially when they become political.”

A presidential pardon is complete forgiveness of the crime for which the party being pardoned was convicted. According to the Constitution, the decision to pardon or not can be taken only by the South African President.

The pardon process is a long one and can take two years or longer to finalise due to the involvement of various role players. Both the processes of expungement and a presidential pardon are free of charge.

What is a presidential pardon?

Section 84(2) of the Constitution states the president – who must exercise that authority “together with the other members of the Cabinet” – is responsible for “pardoning and reprieving offenders and remitting any fines, penalties or forfeitures”.

If the president takes the decision entirely on his own, which he may, he could as a consequence be held individually accountable to Parliament. That said, the power to offer a pardon “is, in principle, only exercised in highly exceptional cases”.

When considering an application for pardon, certain factors are taken into account:

In most cases, a pardon is granted for less serious offences. So Zuma may be out of luck…

ALSO READ: At least he won’t struggle with Afrikaans this time round, says Zuma’s daughter

Correctional Services said Zuma “will be taken through all the admission processes as per regulations.

“The former statesman, 79, was sentenced to 15 months in jail on 29 June for defying an instruction to give evidence at an inquiry into corruption during his nine years in power.”

“Keeping inmates in safe and secure custody remains cardinal to Correctional Services and we remain committed to this cause,” the department said.

The ANC on Wednesday said it “was a difficult period” for the party, while also championing the Constitution and rule of law.

Suspended ANC secretary-general Ace Magashule also had much to say about Zuma’s incarceration. He told Zuma’s supporters to “be strong now because things will get better”.