Voter registration postponed, but delay may not be ideal for Covid-19 cases to decline, says IEC

The IEC resolved to reschedule the voter registration to the weekend of 31 July-1 August. 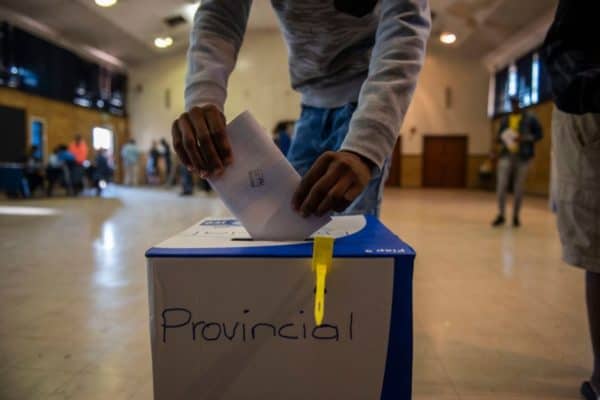 The Independent Electoral Commission (IEC) on Wednesday announced the postponement of the voter registration weekend in light of the Covid-19 third wave in South Africa.

This is as uncertainty looms throughout the country about the modified alert Level 4 lockdown restrictions being extended, as Covid-19 infections continue to batter Gauteng.

More provinces are officially in the throes of the third wave, according to the National Coronavirus Command Council (NCCC).

In a statement, the IEC said it had resolved to reschedule the voter registration weekend from 17-18 July to the weekend of 31 July-1 August, with 23,151 voting stations expected to open.

“The decision was made following a review of the current conditions, including the rate of infections and hospitalisations over the past seven days and its impact on preparations for the registration weekend,” the commission said.

The commission said it had also considered concerns raised by political parties about proceeding with voter registration as well as warnings from health officials and other experts.

“Taking into consideration the various factors, including the constitutional timeframe which requires the elections to be held before 1 November 2021 and the minimum period required for the election timetable, the commission resolved to postpone the voter registration weekend to the latest possible date which is 31 July-1 August.

“The two-week postponement will have a knock-on effect on certain dates and activities associated with the proclamation and election, including delaying proclamation by four days until 6 August. However, the commission remains confident that successful elections can be held within a reduced election timetable of 82 days rather than the original 86 days.”

The commission pointed out that it accepts the two week delay may not be ideal to allow the Covid-19 third wave to begin to decline in all provinces.

However, it has a very limited scope to move the registration weekend without postponing the elections themselves.

The commission further said it was still awaiting the final report of former deputy chief justice Dikgang Moseneke’s inquiry, which was established to review whether current conditions were conducive to the convening of elections.

Moseneke is expected to present his report and its recommendations to the commission by 21 July.

The EFF noted the postponement, but said that voter registration was still a event where people would have to be mobilised to register.

“We want to reiterate again that voter registration, just like the day of voting, is not a single day event. Political organisations have to embark on a series of engagements, campaigns and door to door programmes to conscientise and mobilise communities across the country towards registration and thereafter, voting. Under lockdown regulations this has been impossible,” the red berets said in a statement on Thursday.

The EFF urged the IEC to withdraw from all election activities until the finalisation of Moseneke’s report.

“Why waste state resources in a review panel, when you are stubbornly pursuing elections regardless?”

The party further called for the elections scheduled for 27 October to be postponed to a later date or be held at the same time as the national elections in 2024.

‘No need to postpone elections’

The DA said the postponement of the voter registration weekend should not dampen the sense of urgency and importance of registering to vote.

“In the meantime voters can and should still check and confirm their voter registration status online using the IEC website. There is no need to wait for a formal registration weekend to do this,” the DA said.

ALSO READ: Final report on whether elections are feasible amid lockdown to be completed by July

The DA said it stands firm against the postponement of the elections.

“We reiterate that there is no need for the 27 October 2021 election date to be delayed or postponed, as it is possible to hold free, fair and safe elections during the Covid-19 pandemic as demonstrated during recent by-elections.”