Gauteng Shutdown: Protesters call for the closure of these major roads

A pro-Zuma "programme of action" calls for the shutdown of major roads and economic hubs in Gauteng. 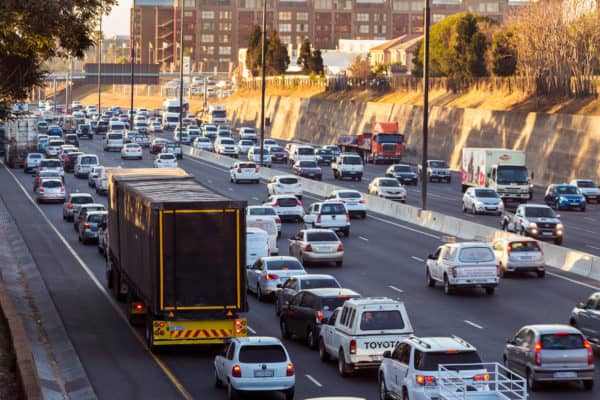 Supporters of former President Jacob Zuma are calling on “fellow residents of Gauteng” to take the ‘KZN Shutdown’ movement from KwaZulu-Natal to Gauteng.

On Saturday, protesters were attempting to slow traffic in the East Rand.

Gauteng shutdown: What we know

A “programme of action against unjust behaviour of the SA courts” is being shared on social media and WhatsApp, calling on supporters of Zuma to shut down all major roads in the province.

Protesters who aren’t situated near major city roads are urged to close all entrances to centres and economic hubs.

The following roads are considered hotspots:

The authenticity of the list could not be confirmed at the time of publishing.

Some Gauteng citizens were having none of this, saying on social media this “call to action is not going to happen in Gauteng, we don’t defend criminals here”.

Another user thanked the poster for the list, saying they will “forward it to Saps asap”. Another user said on Twitter:

“You will block these roads alone, we came here for money, not Zuma”.

Meanwhile in KwaZulu-Natal. law enforcement officials are mobilising along major routes to “deal with the criminal elements are responsible for recent incidents of lawlessness”, the provincial police commissioner said.

“We will be focussing on enforcing the regulations of the disaster management act more especially the convening of illegal gatherings as well as those that are not observing curfew regulations”.

Cleanup operations are currently underway along the N3 in Mooi Plaza after the entire roadway was closed on Saturday morning when five trucks were set alight, bringing the total number of torched trucks to 25.

Most of the trucks were set alight on Friday afternoon when protestors in support of former President Jacob Zuma took the streets.