WATCH: Another centre in KZN decimated by violence

Watch how a community shopping centre in Osizweni, outside Newcastle in KZN, is destroyed by protesting looters.

Overnight, 18 rural retailers lost everything in the umpteenth act of vandalism that is spreading faster than Covid across the country.

The Osizweni Community Centre in Newcastle was gutted and looted to shreds by gangs of protesters and opportunists. Eighteen stores ranging from a discount supermarket to family-run businesses have been destroyed.

Steenhuisen says that “the army and special intervention units need to be immediately deployed in KwaZulu-Natal and Gauteng to restore law and order to stop this in its tracks”.

“If it is not contained, and a strong message is not sent that this will not be brooked, it will spill over across the country and will be hard to stop.”

“Over the past few days South Africans have seen their country go up in flames, and now, we are one of the growing number of statistics at the receiving end of violence and a vary scary criminal element.”

Sutherland adds that many of the retailers in the centre did not have insurance cover.

“These are small family enterprises trading under very challenging economic conditions. It’s not always possible for them to afford premiums.”

She said several families have now lost everything at the hand of “incredulous thugs”.

“President Ramaphosa’s warning in his ‘family meeting’ this week was not enough,” feels Sutherland.

“Just look at what is happening, and how many lives are being destroyed as a consequence of codswallop.”

The Osizweni Shopping Centre is only one of several malls and suburbs turned into no-go zones by protesters and opportunistic looters.

This weekend, the M2 highway near the Cleveland Road offramp had to be shut due to stoning, tyre burning and violence.

“What we are witnessing is neither ‘sporadic’ nor ‘ethnic’ as President Cyril Ramaphosa tried to cast it. It is a wide-scale assault on the economy and rule of law in South Africa.

“It’s time for the tough words last night to translate into tough action on the ground. The wholesale looting and destruction of public and private property has to be stopped.” 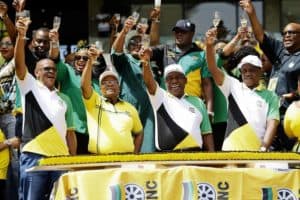 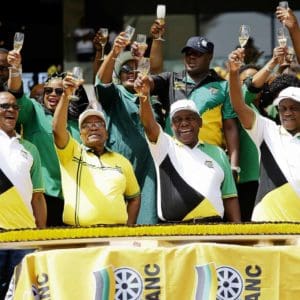 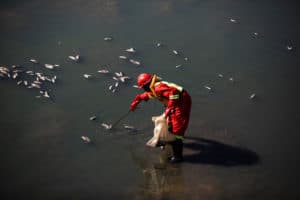 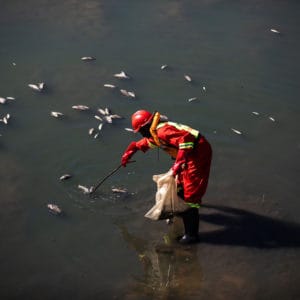