Luckily, animals and staff on site were not harmed. 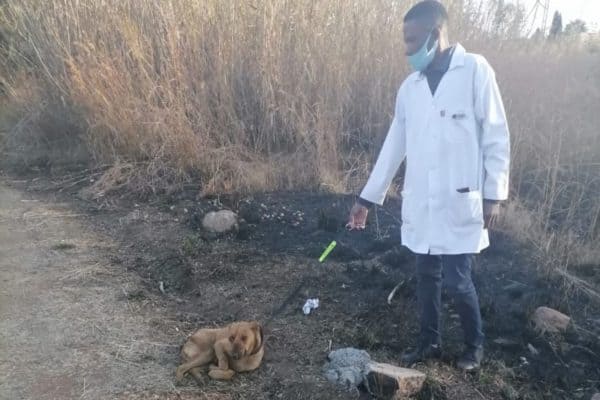 A Germiston Bedfordview SPCA inspector attends to a neglected dog. No unwanted animals can be accepted after the Bedfordview SPCA was looted and robbed twice on Sunday 11 July 2021. Picture: Facebook

The looting and violence in KwaZulu-Natal and Gauteng has left a permanent mark on businesses of all shapes and sizes, including animal welfare organisations.

On Monday morning, Germiston Bedfordview SPCA confirmed on its Facebook page its premises had been robbed twice on Sunday night.

Although animals and staff on site were not harmed, the extent of the damage has highlighted the need for the SPCA to be assisted with securing its property.

ALSO READ: PICS: A tale of two dachshunds – Oliver reunited with his brother

Along with much-needed security updates, windows were broken and a number of items stolen.

This includes two microwaves, four oven plates and food and meat from fridges and freezers. A printer and a laptop was also stolen, along with two computer boxes.

Kennel manager Abel Masemola told The Citizen on Wednesday that although they had received donations and been in contact with a local security company volunteering its services to help bolster safety, the theft comes as a blow for an already under-resourced organisation.

With the unrest continuing, Masemola said staff were only able to attend to emergency callouts and complaints.

As a result, no unwanted animals can be brought in, at least until the protests die down and staff can be bolstered.

When asked of the trauma experienced, Masemola said: “It was scary, but we have to come in to look after the animals.

“They can’t talk, we have to speak for them.”

Masemola said anyone able to donate goods, services or money is encouraged to help the animal welfare society continue with their work to ensure animals are taken care of.

Here are the SPCA’s banking details. All donations are tax deductible and a Section 18A certificate can be sent if requested.