'We are devastated to see our depots and stores being targets of the unfortunate looting,' SAB said in a statement. 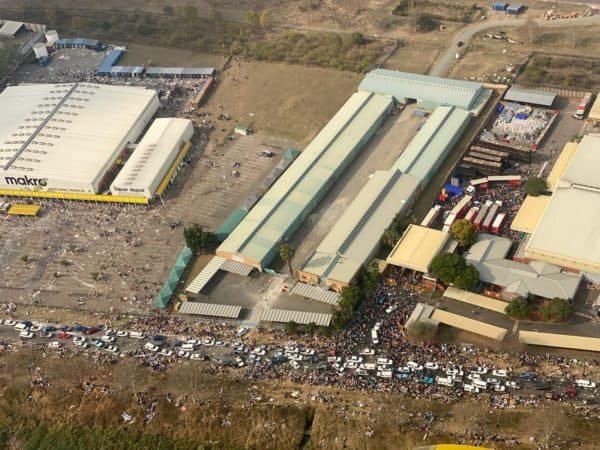 South African Breweries (SAB) has confirmed two breweries were looted by protesters and set alight on Tuesday, while a Heineken warehouse was ransacked at the weekend, according to the Beer Association of South Africa (Basa).

Looters on Tuesday set their sights on a new target, the liquor industry. A Heineken warehouse in KwaZulu-Natal (KZN) was stripped to its bare bones on Sunday with looters leaving behind only empty beer crates.

Also in KZN, SAB fell prey to looters when two depots were set on fire. SAB now fears that another three facilities, including the manufacturing plant at Prospecton Brewery, may be next in line for the same treatment.

SAB warned looters to reconsider as the plant has “a major hazardous installation on site which is an explosive risk and could severely impact those on site as well as communities in surrounding areas”.

“As a company that is deeply rooted in SA and its people, we are devastated to see our depots and stores being targets of the unfortunate looting and unrest currently taking place. It is no doubt that these actions are far-reaching and will impact millions of lives and livelihoods” SAB said in a statement.

A Heineken warehouse in KwaZulu-Natal was looted on Sunday, then “cleaned out” on Tuesday down to crates and empty bottles, Basa said.

Security guards on duty at liquor facilities say they’ve been overwhelmed, forcing Basa to call for the declaration of a state of emergency to curb the looting. Even courier companies transporting alcohol have been attacked.

NOW READ: ‘Give us the data to justify alcohol ban’, NCCC told by Beer Association