Bheki Cele: ‘There is racism against black people in Phoenix’ 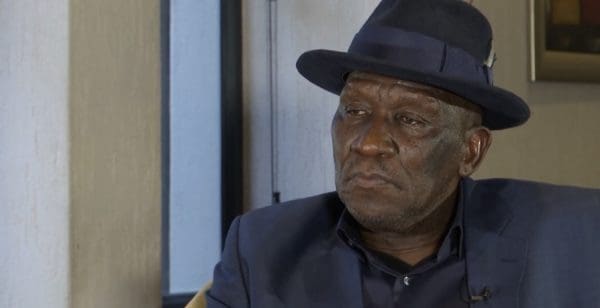 Police Minister Bheki Cele once again headed to Phoenix, Durban, to help ease the racial tensions the area has endued the past week.

On Thursday Cele confirmed that 15 people have been killed in Phoenix, at first claiming the violence has taken a “racial connotation” then backtracking on the statements. The number of deaths increased by 20 in the area, with several missing, believed to have died in criminal and vigilante acts.

The racial tensions are between the Indian community of Phoenix and the neighbouring township of Zwelisha and Bhambayi.

The police minister spoke to the community who were demanding answers from the police.

“There is going to be transparency on how we going to fix things, this is where we will suggest how we going to move forward. We ask you that you pick people, that will have these meetings with us, people you trust so you can build a committee,” he said.

Cele further said going forward they can not have mass meetings as seen today with large crowds gathered to hear him speak. He also asked the community to develop a list of those that are missing.

“So we can build a team that can find the missing and identify those that are in the mortuary,” adding he agrees with the community who believe the acts of violence was just not criminality. “There is racism involved against the black people in Phoenix”, Cele says the community has been describing this to authorities and it has to “be acknowledged” and looked into so that it can be resolved.

“We understand the pain you are in, it is justified…What you are telling us is different from what we have seen in the media.”

On Thursday, Cele stated: “I refuse to completely take the situation here as a racial situation and pardon criminality.

“For me, the domination here would be criminality and yes indeed the racial confrontation may have been there, if there is that element of racism it will be secondary to criminality.”

The community also expressed that people who were killed were simply trying to do their daily tasks such as going to work or the nearest shops. Claiming they were targeted because they were black by the Indian community.

Focus on local government is what these polls are about
1 day ago
1 day ago
PREMIUM!

Focus on local government is what these polls are about
1 day ago
1 day ago
PREMIUM!