In a statement issued on Saturday, the association said, the ANC's decision to disband them was "humbly dismissed as inadequate". 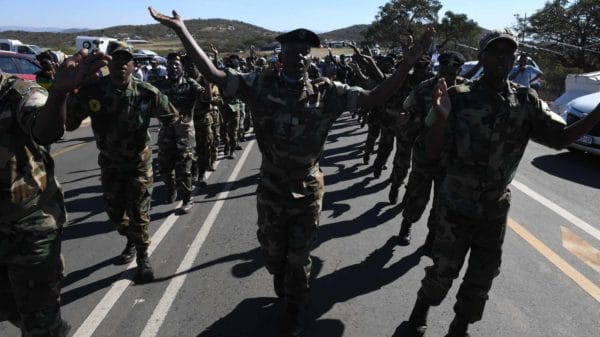 The uMkhonto we Sizwe Military Veterans Association (MKMVA) has called for the ANC to reconsider its disbandment.

The call followed a decision made by the ruling party during a MKMVA national executive committee (NEC) special meeting it held on Wednesday to discuss the blatant disregard for Covid-19 regulations and the incitement of violence by members purporting to be in support of former president Jacob Zuma.

In a statement issued on Saturday, the association “humbly dismissed” the disbandment as “inadequate”.

“We really viewed the matter in a serious light it deserves as this relate to consequences, necessitated the holding of our extended MKMVA NEC meeting. MKMVA spokesperson Carl Niehaus said: “The extended NEC meeting thoroughly considered this position of the ANC NEC, and after extensive deliberations came to the decision that the disbandment of MKMVA is humbly dismissed as inadequate.”

The MKMVA NEC reiterated that it was committed to working towards the implementation of the resolution of the 54th National Conference of the ANC, with regards to the forging of unity in the ranks of MK veterans. Niehaus added that the ANC NEC, NWC (national working committee) and national office bearers knew that MKMVA diligently worked under the auspices of the peace and stability sub-committee of the ANC NEC, to achieve that goal.

MKMVA said great strides had been made, and that preparations for the unity conference were at an advanced stage.

“The only matter outstanding was for the subcommittee for database/verification to present the report to the peace and stability sub-committee and that’s when the MK National Council withdrew from the process,” said Niehaus.

“The extended MKMVA NEC is convinced that the ‘disbandment’ of MKMVA before the holding of an MK unity conference is procedurally incorrect, and not helpful.”

Niehaus said they strongly believed that the correct procedure would be to “dissolve” the current NEC of MKMVA at the commencement of the unity conference, and not before. The MKMVA NEC further reiterated its outrage and concern about the recent spontaneous unrest in some parts of the country, which coincided with the incarceration of the former president.

“The extended MKMVA NEC, was also resolute on the support and sympathy to president, Jacob Zuma, his family; to stay strong under this difficult circumstances. In doing so, MKMVA derives our mandate from the resolution that was passed by the 5th National Conference of MKMVA, in defence and support of president Zuma.”

The MKMVA NEC said it also took note of the “unfortunate incident that saw its spokesperson comrade Carl Niehaus being alleged to be on the wrong side of the norms and standards whilst carrying the responsibility entrusted upon him on that fateful day, when he was deployed to Nkandla by MKMVA”.

“Those false utterances has far reaching implications on the attitudes/perceptions of communities towards MK combatants which will impact negatively to the degree of general reconciliation.”