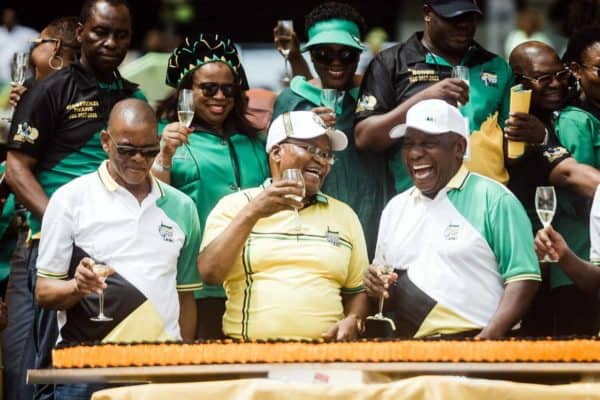 Ongoing feud among ANC leaders a ‘threat to national security’

Unresolved historical issues among ANC leaders and their ongoing feud have begun to destabilise the country and threaten its security, making it vulnerable to all sorts of sinister forces, political analysts said.

“Had the ANC taken a strong position on corruption much earlier, probably things wouldn’t have precipitated to the point they did,” Mathekga said.

Basic education department ‘ready’ for schools to reopen on Monday

Basic Education Minister Angie Motshekga on Saturday morning provided clarity on the plans for schooling in South Africa after weeks of uncertainty during the ongoing lockdown to curb the spread of Covid-19.

She provided updates on the deaths of some teachers, the ongoing vaccination programme and the revised school calendar.

She said her department is ready for schools to reopen, depending on a planned announcement from President Cyril Ramaphosa on Sunday evening.

“We hold this media briefing in times of trouble.  It happens on the back of disturbing incidents of looting and burning down of buildings and vehicles,” she said.

Watch: Petrol station looter gets kicked around like a football

An unfortunate looter got a lot more than he bargained for, when an unknown man decided to use his head and chest for kicking practice, in a flurry that would have made Lionel Messi proud.

In CCTV footage sent to The Citizen on Saturday, a horde of people can be seen swarming into what appears to be a Sasol convenience store. According to information, the store is located at a filling station in Tembisa and the incident took place on Saturday morning, but this could not be confirmed.

The group are seen emptying shelves and grabbing items behind the shop counter, and then all start running for it when a black Nissan Navara pulls right up to the door of the shop. The driver of the vehicle calmly gets out and walks toward the broken window through which several of the looters rushed to make their escape.

In a briefing on Saturday afternoon, KwaZulu-Natal premier Sihle Zikalala said there were encouraging signs amid the ongoing struggles to rebuild the economy of his province following last week’s rioting, sabotage and looting, which left more than R20 billion in damage in eThekwini alone.

He expressed the view that the province would emerge from the violence more united and stronger than ever, and “ready to rise again”.

Almost all sectors across the economy had been heavily affected.

People are on tenterhooks ahead of President Cyril Ramaphosa’s address to the nation tomorrow night as the modified alert level 4 lockdown, implemented on 27 June and extended from 11 July to tomorrow, comes to an end.

Restaurant Association of SA chief executive Wendy Alberts said the industry made a call to Ramaphosa and other ministers to lift the alcohol ban and allow restaurants to open for dinner trading hours.

“The alcohol ban had a terrible effect in our industry. We expect the president to allow us to still operate and lift the alcohol ban,” said Alberts.

Team South Africa at the Olympics surprised many on Friday when they walked into the largely empty stadium in Tokyo on Friday looking like they were trekking through the South African hinterlands in 1836.

This was partly down to the men’s khaki-coloured shorts and zebra-print shirts paired with their veldskoen footwear, sponsored by a company actually called Veldskoen.

This will be their official attire when not competing.