The country will move to adjusted level 3 with immediate effect, easing certain restrictions such as the ban on alcohol and interprovincial travel. 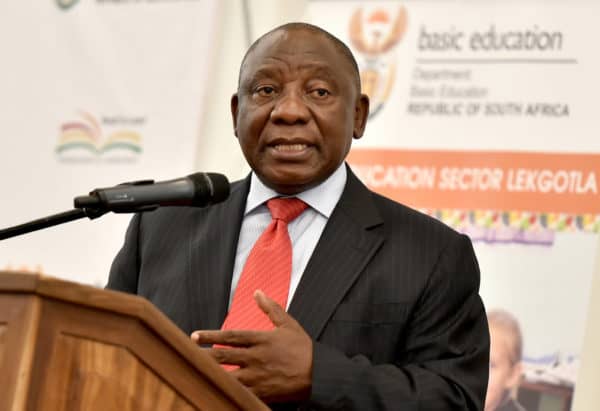 The hours of curfew will stay the same, starting at 10pm and end at 4am.u

Interprovincial travel for leisure may resume.

Non-essential establishments like restaurants, taverns, bars and fitness centres may be opened. These establishments will however need to close by 9pm to allow their employees and patrons to travel home before the start of the curfew.

Gatherings will be allowed but will be limited to a maximum of 50 people indoors and
100 people outdoors.

Over the peak of third wave

Based on inputs from the Ministerial Advisory Committee , Ramaphosa said the latest figures suggested that South Africa had largely passed the peak of the third wave of infections, despite some parts of the country still showing large infection numbers.

The average number of new infections in the past week was around 12000 per day, representing a 20% drop from the previous week. Numbers in Gauteng, the epicentre of the last wave, were also reducing, but KwaZulu-Natal, and even the Northern Cape showed a reverse in this trend.

“The overall decline in new infections means that it is possible to gradually ease some of the restrictions on gatherings, movement and the sale of alcohol.”

The sale of alcohol at retail outlets for off-site consumption is allowed between 10:00 and 18:00 from Mondays to Thursdays. Alcohol sales at on-site consumption venues are limited up until 20:00.

Non-essential establishments such as taverns may open, but need to close by 09:00, to allow for staff to return home before the start of curfew.

Earlier this week, Restaurant Association of SA chief executive Wendy Alberts said the industry had made a call to Ramaphosa and other ministers to lift the alcohol ban and allow restaurants to open for dinner trading hours.

“The alcohol ban had a terrible effect in our industry. We expect the president to allow us to still operate and lift the alcohol ban,” said Alberts. “We cannot trade without our core businesses and without our dinner trading hours. We made this call and have a massive campaign in which we asked the president make sure the industry was opened soon,” she said.

Ramaphosa announced an increase in the number of vaccination sites, in an attempt to increase

People between ages of 18 and 34 will also be able to register for the vaccine as 1 September 2021. This is in addition to those already able to get the jab.

People will also be able to present to vaccination sites without having to register, a move made possible by an increase in available vaccines, with millions of doses being expected from multiple suppliers in coming weeks.

“This supply pipeline means there will be sufficient numbers of vaccine doses available for the rest of the year,” Ramaphosa said.

He also reminded of the country’s plan to start manufacturing vaccines locally, at the Eastern Cape Aspen Pharmacare plant, which will manufacture vaccines exclusively for Africa and the country.

Furthermore, the Biovac Institute in Cape Town was appointed to manufacture the Pfizer-BioNTech COVID-19 vaccine for distribution within Africa.