Request made to expunge criminal records of some military veterans – Modise

The court heard during the bail hearings that 40 of the 53 arrested military veterans have criminal records including murder, kidnapping, armed robbery and rape. 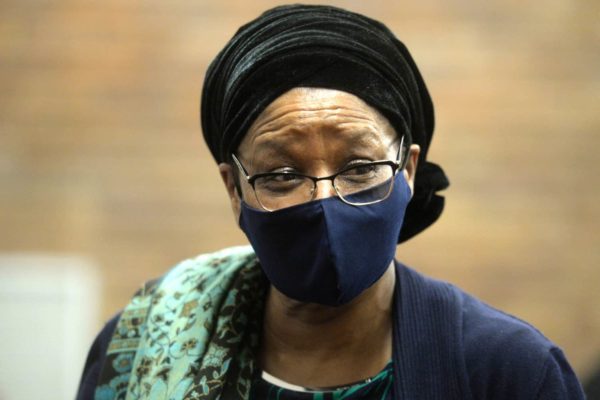 53 military veterans were arrested and charged with kidnapping after they held Thandi Modise, her deputy Thabang Makwetla and Minister in the Presidency Mondli Gungubele against their will following a meeting to address their demands.

The Kgosi Mapuru II Correctional Centre Court in Tshwane has since granted R500 bail to 42 of the 53 arrested military veterans.

The court also heard during the bail hearings that 40 of the 53 arrested military veterans have criminal records including murder, kidnapping, armed robbery and rape.

Speaking to Stephen Grootes on Newzroom Afrika on Tuesday evening, Modise said the veterans had requested the President to expunge their criminal records.

Modise further told the news channel though she did not “necessarily” feel that her life was in danger, the incident was “unfortunate”. She said the government would also look into the credentials of some of the military veterans.

“I knew some of the people so I didn’t necessarily feel my life was threatened. I did feel irritated that I couldn’t get to the loo when I wanted to, to their credit they offered to escort me, which I decline because I felt that it is my business and I am in a free country which I helped fight for. I feel that it is unfortunate and I hope it is never repeated. It doesn’t give us any better credit ratings as a country.

“The head of state has a lot to do and the responsibilities had been delegated to the deputy president, who got caught up somewhere. We are in the process of double checking those who are coming forward, to see whether their credentials are right, I know that some people are genuinely in it.”