11 people have died so far this year from the disease, with the most recent cases all involving children as the victims. 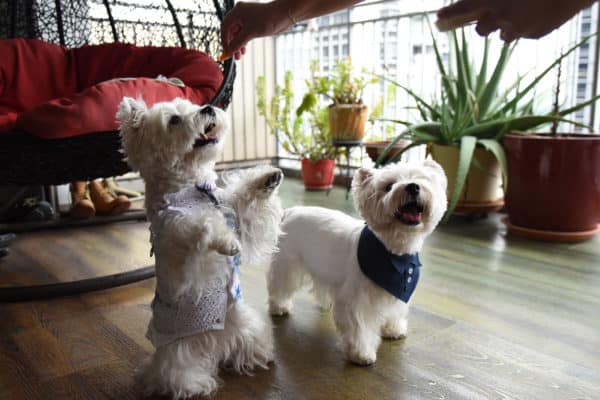 The National Institute of Communicable Diseases (NICD) is urging pet owners to have their animals vaccinated, especially for rabies, following the deaths of 11 people so far this year from the disease.

Bites from a rabid animal are usually followed by an excruciating death.

Since the previous report in September, which covered the deaths of eight people, three more cases of human rabies were confirmed, all of them in children.

“These cases were reported in the Eastern Cape [two] and KwaZulu-Natal [one],” said a communique from the Centre for Emerging Zoonotic and Parasitic Diseases at the NICD.

The total number of laboratory-confirmed human rabies cases in South Africa as of 25 October, 2021, including the cases reported above, is 11. These cases were in Eastern Cape (five), KZN (three) and Limpopo (three). In addition, three probable cases were reported from KZN.

Probable cases are defined by the World Health Organisation as cases that present with clinical symptoms compatible with a diagnosis of rabies, plus an epidemiological link constituting exposure to a possibly rabid animal, for example a dog bite.

Additionally, a suspected probable case from Limpopo was under investigation at the time of the report was compiled.

The most recent cases all involved children as the victims. The first case was in a two-year-old boy from Empangeni in King Cetshwayo District (KZN). The child sustained a deep and jagged laceration to the face and a deep puncture wound when attacked by a dog at the end of August.

The child was taken to a healthcare facility the same day as the dog attack and received the rabies vaccine. Rabies immunoglobulin therapy was only provided the following day. The child was admitted to hospital in mid-September with a fever of 39.9ºC, tremors, hallucination, poor appetite, muscle spasms, stiffness and convulsions.

The patient reportedly had a “blank stare” and died a week following admission. A post-mortem-collected brain sample tested positive for rabies at the NICD.

The second case involved an 11-year-old boy from Mdantsane, Buffalo City metro district in Eastern Cape. The child died in hospital after a week of rabies-like symptoms, including visual and auditory hallucinations, abdominal pains, a psychotic episode, hypersalivation, weakness and reduced consciousness.

No dog bite history was recorded for this case and it is likely that no post-exposure rabies treatment was sought, either. The diagnosis of rabies was medically confirmed though.

The third case was a five-yearold boy from Gqeberha, Nelson Mandela metro. The boy was bitten by a dog on the forehead and arm. The patient presented with anxiety, aggression, vomiting, confusion, aerophobia and agitation.

Rabies treatment was provided on admission to hospital and confirmed by testing of post-mortem-collected brain samples.