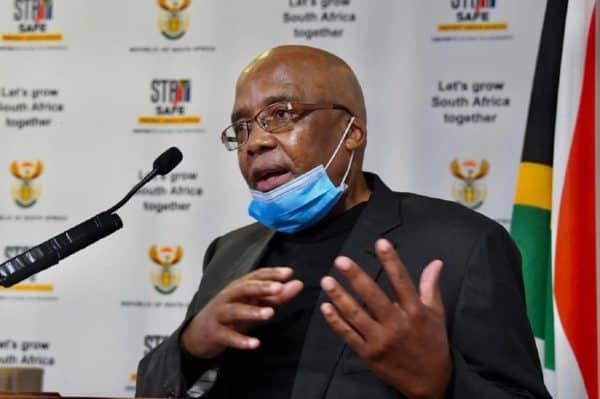 The Department of Homes Affairs has won a long-running legal battle against two companies at the Constitutional Court (ConCourt), over a R1.5 billion tender for an electronic document management system.

The ConCourt dismissed with costs on Wednesday an appeal application by New Dawn Technologies and Valor IT over the contract that dates back to 2010.

This was the third defeat for the companies, after the Pretoria High Court last year and the Supreme Court of Appeal (SCA) in September dismissed their applications.

After receiving recommendations from the Ministerial Advisory Committee (MAC) on Covid-19, the Department of Health has decided to stop contact tracing and quarantining for contacts of confirmed cases of Covid-19, with immediate effect.

According to the amended protocols, all contact tracing would be stopped with immediate effect, except in congregate settings such as prisons and old age homes where a number of people reside in close proximity.

President Cyril Ramaphosa has appointed Judges Narandran “Jody” Kollapen and Rammaka Steven Mathopo as Judges of the Constitutional Court, with effect from 1 January 2022.

This after the Presidency received a letter on 27 October 2021 from the Acting Chairperson of the Judicial Service Commission (JSC), Judge Raymond Zondo, recommending five candidates to fill two vacancies in the Constitutional Court.

The SABC’s group executive of news and current affairs, Phathiswa Magopeni, has been found guilty of misconduct for failing to stop the broadcast of an interdicted episode of the SABC’s current affairs programme, Special Assignment.

Magopeni faced three charges, which included failure to discharge her fiduciary duties, and bringing the public broadcaster into disrepute, at an internal disciplinary hearing headed by Advocate Nazir Cassim.

The hearing started last week in Sandton, Johannesburg, and wrapped up its proceedings on Thursday.

Dreaming of a wet Christmas? Weekend rain expected over large parts of SA

Rainy weather over the weekend, including on Christmas Day, is expected across large parts of the country, the South African Weather Service (Saws) has confirmed.

Over the past few weeks, certain parts of South Africa experienced disruptive rain as well as cloudy weather, widespread showers, and thundershowers, despite the country being in the summer season.

According to the weather service, La Niña is responsible for the country experiencing some uncharacteristically chilly summer days.

The Hawks arrested a 46-year-old man at OR Tambo International Airport on Thursday in connection with the discovery of a consignment of rhino horn that was en route to China.

The arrest followed information received from the cargo section at the airport about a parcel destined for Shandong province in China. The parcel was allegedly declared as Ferrero and Cadbury chocolates.

Hawks spokesperson Lieutenant Colonel Philani Nkwalase said members of the Hawks’ Serious Organised Crime Investigation team, as well as officials from the Department of Forestry, Fisheries and the Environment, were summoned to the crime scene after the security officer operating scanners at the airport alerted the relevant authorities of the suspicious parcel.