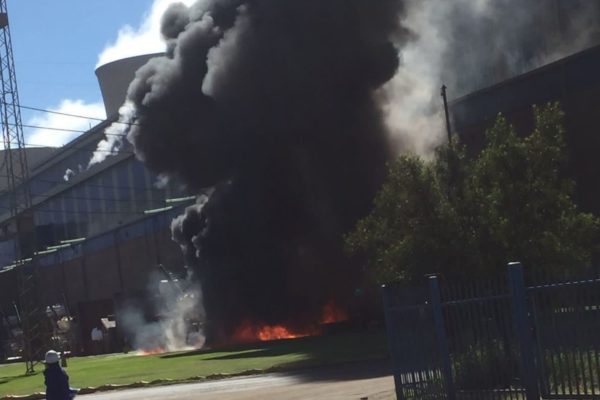 Eskom confirmed on Wednesday a transformer exploded at the Camden power station approximately 10km from Ermelo in Mpumalanga.

The power utility said the explosion was “due to an internal fault”. The fire has since been contained and no injuries were reported.

However, “an investigation to determine the cause, the extent of the damage and the possible return to service is underway”.

Eskom said it “does not anticipate any supply disruption as a result of this incident”. The Camden power station produces approximately 190MW.

He added: “Units 7 and 8 are shut down. Unit 7 is shut down to protect its transformer from flashover due to water sprayed on the Unit 8 transformer.”

Earlier this week, Eskom called on residents to be vigilant and steer clear of exposed electrical wires as inclement weather continues to ravage South Africa.

The power utility said its infrastructure is “vulnerable during inclement weather, resulting in powerlines falling over and live electrical wires laying on the ground”.

“Be vigilant and look out for electrical hazards during flooding.”

“Stay away from them and report to Eskom or the local municipality so repair crews can be sent out”.