Stay up to date with The Citizen – More News, Your Way. 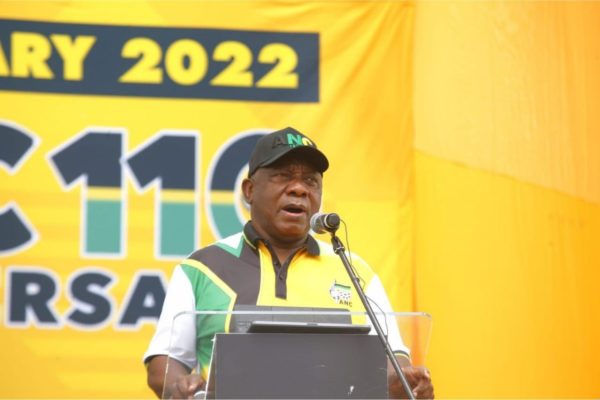 Here’s your daily news update. Click on the links below for the full story or visit our home page for the latest news.

Party members look the other way when acts of indiscipline happen, he said.

“We even hear that in ANC meetings, someone stand up and assault a female member of the ANC and we close our eyes and fail to take action.”

As invited guests trickled into the Old Peter Mokaba Stadium in Polokwane on Saturday, members of the disbanded uMkhonto weSizwe Military Veterans Association (MKMVA) brandished placards, demanding to be heard by the ANC NEC.

The MKMVA was one of the two ANC formations consisting of former combatants. The other is the MK Council, and both were disbanded last year.

One of the protesters, identified as Irene Mabote, said she was there because the party’s National Executive Committee (NEC) hasn’t attended to their demands.

He is not the first nor the only one to rally behind the ruling president, with party members in Limpopo also pledging their allegiance.

At an ANC conference held on Tuesday in Ga-Nkoana, Sekhukhune, members of the party from the region called for him to reign for a second term.

Speaking at the rally, Malema said that African-on-African hatred over jobs must stop.

“Don’t hate foreigners, hate the employers because those foreigners didn’t hire themselves,” Malema told a sea of red T-shirts and berets braving the scorching Durban sun.

ANC NEC member Enoch Godongwana said he wouldn’t rule out sabotage after gala dinner venue was plunged into darkness while President Cyril Ramaphosa was on the podium delivering his speech.

Godongwana didn’t think it was an ordinary electricity cut that South Africans have become accustomed to.

A 52-year-old taxi boss was shot and killed in the presence of his family in Cornubia, north of Durban on Saturday afternoon.

Reaction Unit South Africa (Rusa) were called out to the housing complex in KwaZulu-Natal (KZN) at approximately 16:32.

On arrival, it was established that the man was in a bedroom with his partner and two sons on the upper level of the home.

At least four Fire and Rescue Service teams – consisting of 75 firefighters – battled the blaze on Signal Hill in Cape Town on Saturday morning.

Two men suspected of being involved in the murder of an Ekurhuleni Metropolitan Police Department (EMPD) inspector have been arrested.

EMPD spokesperson Lieutenant Colonel Kelebogile Thepa confirmed the arrests in a statement on Saturday morning, saying the suspects were nabbed one day before the inspector was buried.

The inspector, who has not been named, was driving in an unmarked police vehicle early on Monday morning in Ivory Park when he found himself trapped in a hail of bullets.