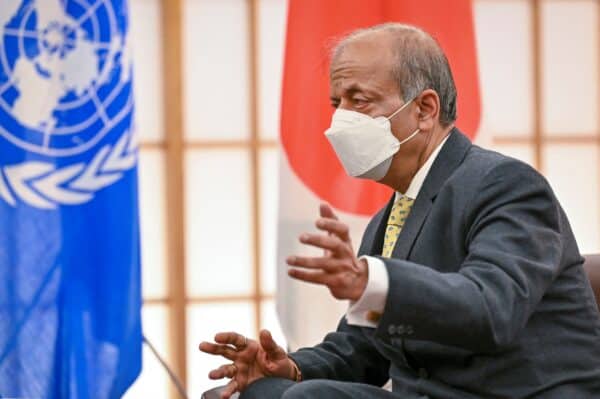 More than 250 delegates drawn from 43 member states have converged on the CSIR International Convention Centre in Pretoria for a four-day symposium on peacekeeping – the highest number since the event was first hosted in 2014.

They have been joined by 80 of their colleagues from UN headquarters in New York and peacekeeping operations across the world. UN peacekeepers, Khare said, worked in hostile and unpredictable environments, with new threats emerging every day.

“Our peacekeepers, who protect others, need to be protected themselves.”

Khare paid tribute to South Africa for its contribution to peacekeeping, which Minister of Defence and Military Veterans Thandi Modise said had been a hallmark of the SA National Defence Force since 1994.

Khare thanked South Africa for its continued peacekeeping initiatives, not only under the aegis of the UN, but also the African Union (AU) and Southern African Development Community (SADC).

The symposium will discuss the use of current and development of future technology to improve the protection of peacekeepers, IT in peacekeeping, integrated training, environmentally responsible deployments and telemedicine.

Modise said South Africa was honoured to be hosting a conference of this nature. South Africa’s involvement and leading of the current SADC mission to Mozambique, she said, was a harbinger of what was to come in terms of creating a standing SADC standby force which, in turn, could become the nucleus for the AU’s still to be established Africa standby force, ultimately reducing the need for international peacekeepers to be deployed to Africa.

The war in Ukraine has affected fuel and food prices for UN peacekeeping operations, but the Ukrainian helicopters which were part of the Monusco mission in the Democratic Republic of the Congo remained in service, Khare said.

What the war had shown, though, was the importance of reducing long supply chains and sourcing material as near to the missions as possible which, in some cases, had escalated by more than 400%, said Saunders.

The UN, he said, was interested in the supply of almost every conceivable item from foodstuffs, to the manufacture of armoured carriers and helicopter flight and maintenance services.