Piquet made the comment while discussing last year's race that involved a controversial incident between Hamilton and Max Verstappen. 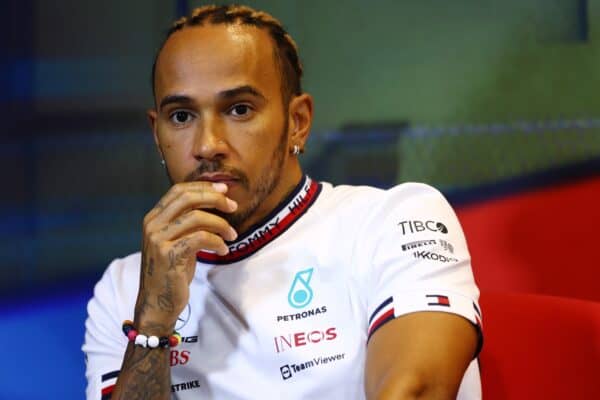 Three-time Formula 1 (F1) world champion Nelson Piquet has been slammed after calling Lewis Hamilton the “n-word” in the run-up to this weekend’s British Grand Prix at Silverstone.

No stranger to controversy after having previously questioned Ayrton Senna’s sexuality in addition to exchanging unsavoury remarks about Nigel Mansell’s wife, the Brazilian reportedly made the comment during in an interview this week as part of analysis into last year’s race that involved the controversial accident between Hamilton and eventual champion, Red Bull’s Max Verstappen.

Directly translated, his words read: “The little black guy [Lewis Hamilton] put the car in and left because there was no way to pass two cars on that corner. He made a joke. Lucky for him, only the other one [Verstappen] got f***** up”.

It was the use of the word “neguinho” that caused the biggest outcry due to its direct translation being the derogatory term for black people.

Subsequently, both Formula 1 and Hamilton’s Mercedes team have responded to Piquet’s comments, with the former branding it “unacceptable in any form”.

“Lewis is an incredible ambassador for our sport and deserves respect. His tireless efforts to increase diversity and inclusion are a lesson to many and something we are committed to at F1”.

In a statement, Mercedes remarked, “We condemn in the strongest terms any use of racist or discriminatory language of any kind. Lewis has spearheaded our sport’s efforts to combat racism, and he is a true champion of diversity on and off track.

“Together, we share a vision for a diverse and inclusive motorsport, and this incident underlines the fundamental importance of continuing to strive for a brighter future.”

Social media has erupted with some calling for Piquet to be banned from the paddock and even the sport.

His final competitive drive, the 1997 24 Hours of Le Mans for the works supported BMW Schnitzer team in a McLaren F1, ended with a “did not finish” after 236 of the eventual 361 laps.

Hamilton has meanwhile responded by tweeting, “Vamos focar em mudar a mentalidade”, translated as “Let’s focus on changing the mindset”.