Joburg Mayor Mpho Phalatse has condemned the culture of non-payment by some Soweto residents. 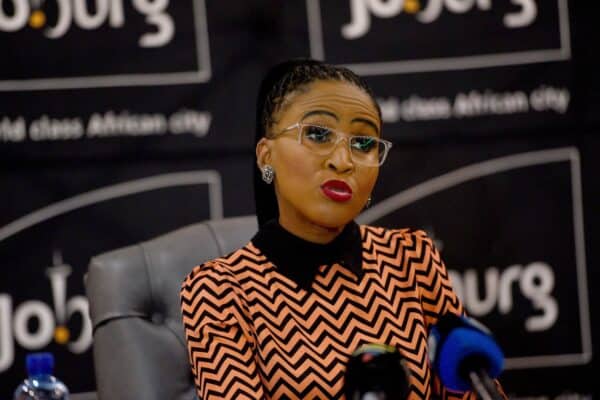 Johannesburg Mayor Mpho Phalatse says the city is exploring its options with the view to possibly writing off the multi-billion rand electricity debt owed by Soweto residents.

Soweto’s long-standing electricity debt has been a major headache for the city and Eskom, with scores of disgruntled residents last month taking their protest over frequent power outages in parts of the township to the mayor’s office in Braamfontein.

In an effort to resolve Soweto’s electricity debt, Phalatse on Wednesday said the city was looking at ways to write off the electricity debt accumulated over the years by Soweto residents, due to a culture of non-payment.

“In our assessment, the big thing that is standing between us and resolving this matter is the debt that has been accrued over years, which the residents of Soweto are expected to pay [and] they don’t have the money to pay it,” Phalatse said.

“We’re going to have to agree with the residents of Soweto that we’re going to help them to try and get a debt write-off; get a clean slate, and then we work on our relationship going forward, whether Eskom continues to supply electricity or City Power takes over.

“Regardless they need to pay for services and those who can’t afford need to access free basic services according to what the city has on offer.”

The mayor made the remarks on the sidelines of the launch of Metrobus’ newly refurbished buses at the Metrobus Roodepoort Depot, west of Joburg.

Soweto’s electricity debt ‘worth nothing’

While Phalatse condemned the culture of non-payment by some residents, she said Soweto’s electricity debt was unlikely to be recovered by the city as it pushes to take over power supply from Eskom.

“We have established together with our internal treasury that, that debt is actually worth nothing because nobody can recover that debt and not even City Power can recover it.

“So it’s unfair of Eskom in the negotiations around possibly taking over Eskom supply areas to expect the city to buy the debt; a debt that is worth nothing,” Phalatse said.

Phalatse called for an “honest conversation” about Soweto’s electricity debt, stressing that the possibility of a debt write-off did not mean that residents who can afford to pay for electricity should stop doing so.

“We believe that once we’ve gone over that mark, we have better chances of getting a better working relationship with residents of Soweto.

“We’ve spoken to leadership about helping us manage expectations, there’s no such thing as free electricity and only those who can’t afford, and are registered according to the city’s indigent database, will be able to access free basic services.

“Anybody that can afford to pay must pay and that’s an expectation we need to manage.”