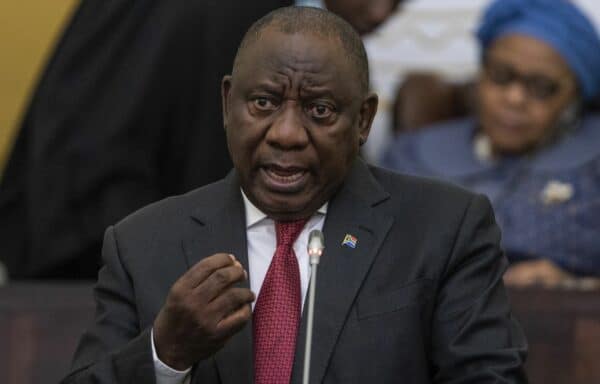 Magwenya added that the threat of a subpoena from the Public Protector was unnecessary.

After weeks of not providing any information regarding the robbery, Ramaphosa finally responded to the 31 questions sent to him by the Public Protector.

The Department of Public Enterprises (DPE) has denied claims that it approached trade union Solidarity to help recruit technical experts to save Eskom.

Gordhan responded this week, as load shedding continued to cripple the economy and plunge the country into darkness.

The department of mineral resources and energy has officially started the process of deregulating the price of 93 octane petrol in South Africa.

Mineral Resources Minister Gwede Mantashe on Friday gazetted his notice of the intention to introduce a price cap, dated 30 June 2022.

“I, Samson Gwede Mantashe, the Minister of Mineral Resources and Energy, under Section 2(1)(c) of the Petroleum Products Act of 1977 hereby give notice of the intention to introduce a price cap or a maximum price for petrol 93 Octane. Comments from stakeholders should be submitted within 30 days of the publication of this notice,” reads the gazette.

This is according to the Department of Home Affairs, in relation to the constitutionality of independent candidates contesting only one region.

Eskom says load shedding will be suspended over weekend

Eskom has announced that there will be no load shedding over the weekend and that it will be reduced to stage 1 between 4pm and midnight on Friday.

“Loadshedding will then be suspended as the generation system has recovered sufficiently at this point,” it said in a statement.

Eskom, however, warned that the power system is still constrained. “We urge the people of South Africa to continue using electricity sparingly,” it said.

Horse trading at the ANC KwaZulu-Natal provincial conference on Friday afternoon intensified after it emerged that some of the key candidates have pulled out of the leadership race.

There has been six candidates vying for the ANC provincial chairperson position.

However, following the counting of the results of the ANC branch nomination process, some candidates are rumoured to have thrown in the towel.

This comes after the repo rate was increased by 75 basis points, a day after it was announced that inflation is at its highest since 2009.

Reserve Bank Governor, Lesetja Kganyago, announced the hike on Thursday, which is expected to impact heavily on South Africans with debt.

During a media briefing held in Umhlanga on Thursday, Zulu said Buthelezi had no position in royal household matters as he was the one who attacked the Mbelebeleni (KwaMashu) and Nyokeni royal palaces in the ’90s.

At the time, Buthelezi’s IFP was dominant in KZN and the faction is now accusing him of attempting to persecute the late King Goodwill Zwelithini kaBhekuzulu.

The formal bail application for one of the accused in the Hillary Gardee murder trial has been postponed yet again.

The trio, arrested in connection with the murder of the daughter of former Economic Freedom Fighters (EFF) secretary-general Godrich Gardee, is facing a number of charges including rape, kidnapping and murder.

South African composer, arranger and producer Lebogang ‘Lebo M’ Morake has gotten the chance to set the record straight on his personal life and career on MacG’s popular and controversial podcast, Podcast and Chill.

To open up the interview, McGyver touched base on Lebo M’s past marriages, and the composer rubbished all the allegations about him having been married seven times, and revealed that he has only been married four times.

Pretorius smarts and guile of Maharaj and Shamsi dominates

The clever seam bowling of Dwaine Pretorius and the guile of spinners Keshav Maharaj and Tabraiz Shamsi dominated England in the shortened second ODI at Old Trafford on Friday, the hosts being bowled out for 201 in the last of their 29 overs.

Heavy morning showers meant the start of the match was delayed from 1pm local time to 5.45pm, and South Africa won the toss and elected to bat first.

Royal AM rope Malesela in as co-coach, takes over Celtic Ladies

Royal AM announced that they have bought Hollywoodbets Super League side Bloemfontein Celtic Ladies and roped in Dan Malesela among other changes at the KwaZulu-Natal club.

The changes were announced by club president Shauwn “MaMkhize” Mkhize on Friday afternoon at their village outside Pietermaritzburg.

Malesela will be co-coach alongside Khabo Zondo in the Royal AM senior men’s team.