Ilunga Makabu improved his credentials as a likely challenger for a full blown world title in the not too distant future as he delivered a knockout blow to Eric Fields at Emperors Palace on Saturday. 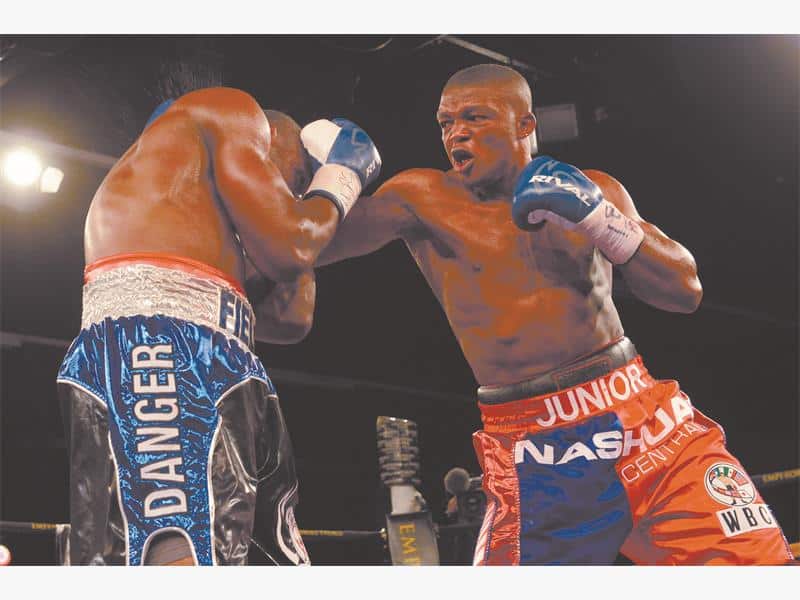 The headliner on the “Triple Thunder” bill started relatively slowly as Makabu allowed the American challenger to his WBC silver cruiserweight title to hit him although one got the feeling that it was merely an experiment to gauge the power of his foe.

Makabu was never really troubled and even though Fields managed to hit the mark with shots on occasions they weren’t enough to cause any damage as Makabu worked to make it a short night and further his career prospects.

The knockout blow came in the fifth round as Makabu ducked under a punch before following up with a right hand that shook Fields before a left hook sent the American down to the canvas for a count and it was over at 1:59.

On a night that saw three WBC title fights take place, Ryno Liebenberg made light work of Argentinian Gabriel Ramirez when they laced up to contend for the organisation’s international silver light-heavyweight belt.

Ramirez proved no match for “The Lion” – who picked up the third title of his career in the process – as he crumbled inside the first round with the clock stopped at 1:58 into the opening round.

Nkosinathi Joyi’s foray into a new division paid off as he claimed the WBC international junior-flyweight title with a win over Benezer Alalod.

The former two-time world champion was never troubled against the Filipino, who came into the bout as the holder of the green belt, and his power proved too much as he ended the bout 2:48 into the ninth round with a sweet left hook finding the target.

Joyi had wobbled Alalod on several occasion but he refused to fold and instead opted to trade with “Mabere” rather than keep his distance a tactic that ultimately proved to be his undoing and it was inevitable it would end early.

The tussle for the South African light-heavyweight title saw Johnny Muller reclaim his champion status as he stopped Tshepang Mohale in the 11th round. The bout was a rematch of a meeting back in 2011 when Mohale dethroned “The Hurricane” but the result was reversed as Muller put in an improved performance.

Muller’s biggest weapon was his patience as he set up attacks with his jab as the main weapon while his right hand proved lethal and although he was prone to getting tagged at times he was too strong for Mohale.