Comrades Marathon organisers have put strict drug screening measures in place to ensure all runners participating in this year’s race are drug free. 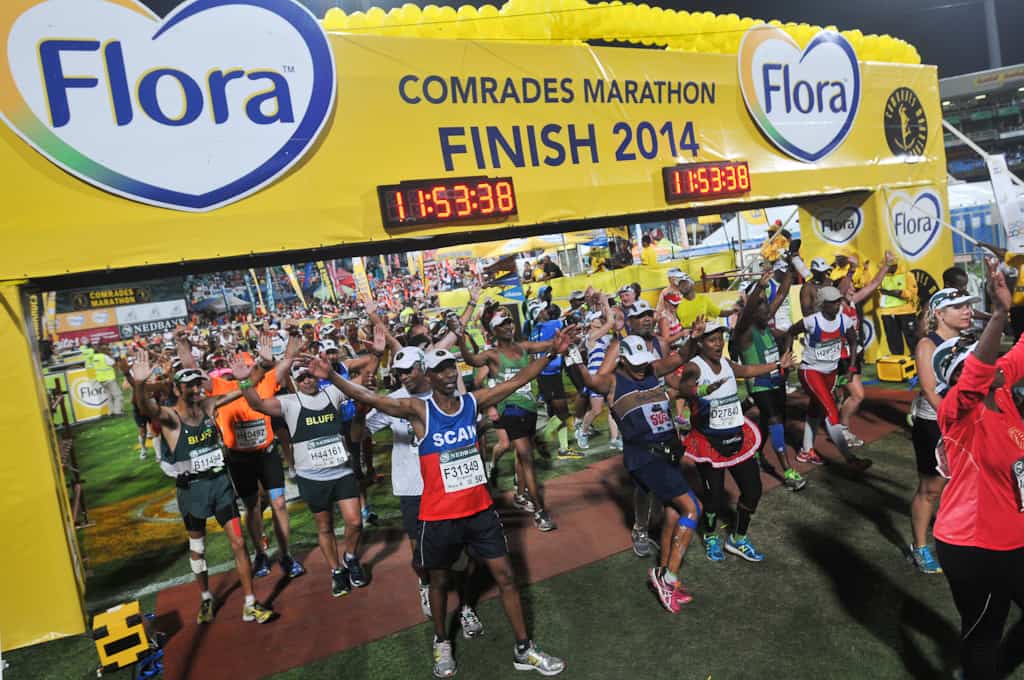 Runners finish the race as the cut off time of 12 hours approaches during the 89th Comrades Marathon, 01 June 2014, from Pietermaritzburg to Durban. The annual ultra-marathon attracted over 18,000 runners from around the world to partake in the 89km race. Picture: Alaister Russell

Speaking in Durban yesterday, Comrades Marathon Director Rowyn James said they were working with the South African Institute of Drug Free Sport (SAIDS) to conduct screening for any endurance boosting drugs, some athletes before and others after the race.

“We have put plans in place to ensure that we have a drug-free race, We want to have a clean race this year,” he said.

He said urine tests and other means of testing would be conducted on race day.

The race has over the years attracted more than a few cheaters. Some were caught taking lifts along the way.

James also warned against cheating during the race.

“We will not tolerate any cheaters and hope that participants will use the opportunity and simply enjoy the race.”

There is an increase in international entries, with 2 012 entries compared to 1 783 last year.

James said this year’s race was the second biggest yet – the biggest race having taken place in 2000.

International runners had already arrived in Durban yesterday. Runners spent the day registering at the Exhibition Centre, while others were warming-up ahead of the race on Sunday.

The official route distance for this year’s up- run is 87.72km along the route will have about 46 fully stocked refreshment stations, consisitng of fruit, energy drinks, energy bars, biscuits, chocolates and cooked potatoes.

“In the past we have received complaints that we served more sugary snacks. There were runners that took salt tablets because they felt that they needed salt in their bodies during the race,” he said.

He said extensive medical, emergency and first aid provisions for its thousands of participants had been put in place.

These will be place strategically along the route and at the finish venue – the Oval Cricket Stadium in Pietermaritzburg.

“SAPS Bomb Squad personnel will carry out bomb sweeps at the race start and finish venues before and during the race, as it has happened over the years,” James said.