Kermit Erasmus badly wants to stamp his name on the international stage with a good display against Morocco tonight. 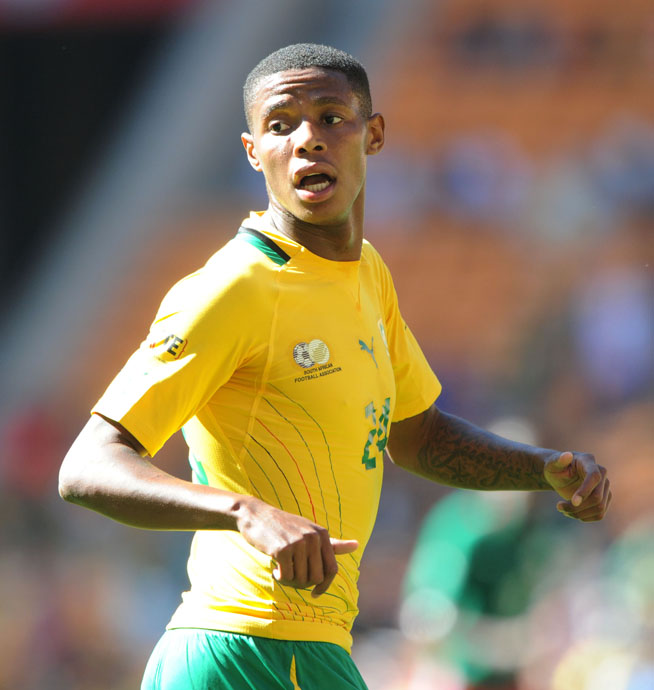 The Orlando Pirates striker has not been a regular player in the national setup but, under current coach Gordon Igesund, the nippy player has had several call-ups. “I want to grow as a person and as a player and being in the national team gives you that platform to grow,” Erasmus told Pirates’ website.

“You always want to build your profile. Playing international matches helps you do that.” Erasmus has already made an impression in the Bafana jersey, scoring his first goal for the country in the 4-1 win over Botswana in a World Cup qualifying game.

“I have to keep working and build on it so I'm prepared to play at the highest level,” he said. “I would love to play against Morocco. They play good football.” He is the only Pirates player released for Bafana as Caf rules deprived him of a chance to play in the African Champions League.

Bafana take on the Lions of Atlas tonight in an international friendly in Agadir with Igesund expected to field players inexperienced on the international stage.

Ayanda Patosi, Daylon Claasen and Bongani Zungu are some of the players, who travelled to the North African country, expected to start for Bafana. The absence of Crystal Palace midfielder Kagisho Dikgacoi and Kamohelo Mokotjo of the Netherlands' PEC Zwolle, through injury, has given Igesund the chance to experiment in Morocco.

The match starts at 9pm.