Victory was almost expected of Hekkie Budler when the IBO minimumweight champion put his crown on the line on the "Fighting Force" bill at Emperors Palace on Saturday. 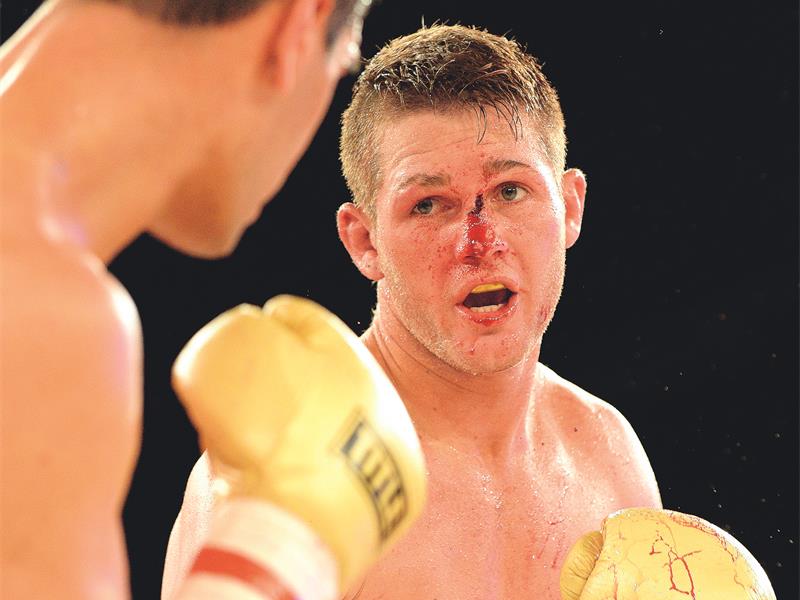 Stepping under the bright lights at the casino complex “The Hexecutioner” was rated far superior than his opponent, Argentinian Hugo Verchelli, and a fourth defence of his championship belt seemed a sure bet.

But it was the manner in which the title was retained that put the icing on the cake as Budler let his fists do the talking to secure his first stoppage victory since May 2011 and in so doing secured the WBA interim title.

Budler was relentless from the opening bell and pressed Verchelli, rated 18th by the IBO, and it was the pressure that eventually told as the South American hit the deck in the fourth round for a first count from referee Stan Christodolou.

The champion kept coming and never allowed Verchelli to get his breath back with a body shot, courtesy of the right hand, forced the challenger to his knees and the action was eventually waved off 2:29 into the fourth round.

While Budler made light work of his opponent, the other IBO champion in action on the night was forced to work really hard.

Tommy Oosthuizen, making a seventh defence of his super-middleweight title, confirmed the idea that he has outgrown the division as he laboured to a majority decision over Ezequiel Maderna.

The Harold Volbrecht-trained fighter took the first few rounds comfortably but Maderna refused to back down and by the end of round six had managed to open up a nasty cut on the bridge of the champion’s nose with a succession of right hands.

Oosthuizen’s workrate was questionable as he threw punches in singles or doubles, a contrast to the performances of the past. When his hands did get going he looked the part, but it simply didn’t happen often enough.

Maderna was guilty of stepping off the gas at times when he had appeared to ruffle the champion’s feathers and it was probably his undoing in the end with the judges not swayed.

In other bouts, junior-welterweight Adam de Moor secured a first-round stoppage win over an out of shape Nkosinathi Tshinave while Thabang Ramagole and Thabiso Morosi drew in a junior-flyweight tussle over six. Koos Sibiya outpointed Thembani Hobyane in a junior-lightweight bout over 10 rounds.