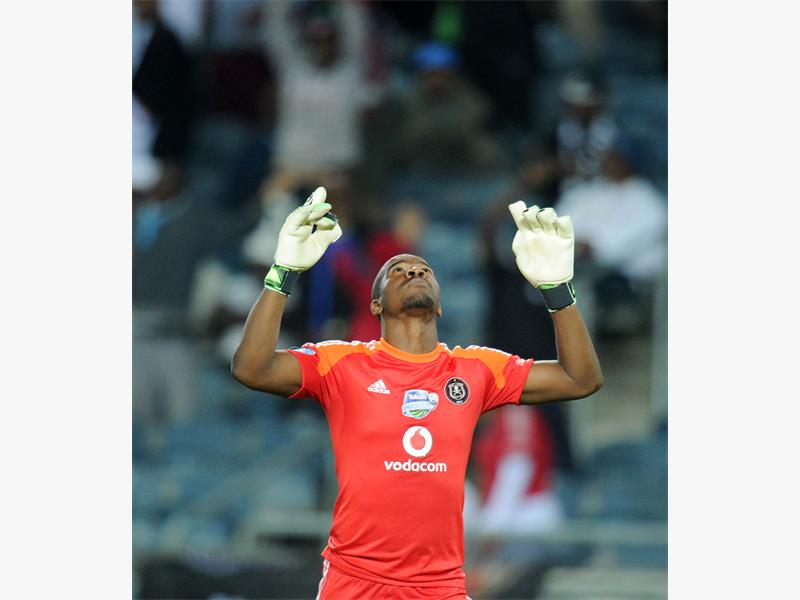 ITCHING TO GO. Orlando Pirates goalkeeper Senzo Meyiwa is eager to grab his chance for Bafana Bafana when they face Swaziland in an international friendly in Mbabane tonight. Picture: Backpagepix.

Bafana play Swaziland in an international friendly at the Somhlolo Stadium this evening, with Meyiwa expected to start the match ahead of Ronwen Williams between the posts with first-choice keeper Itumeleng Khune rested.

Meyiwa has been on top form for Pirates, guiding them to the final of the Caf Champions league, only to lose 3-1 to Al-Ahly on aggregate.

“I think I need to go there and continue doing all that I have been doing at Orlando Pirates nothing different,” Meyiwa said.

“The only difference is that I will be representing my country and I’m sure everyone including Chiefs, Pirates and Sundowns supporters will be behind us this time.

“So for me, I will go there and do my best because it gives me immense pride to be representing my country after having been in Africa with my club.

“This call-up comes up when I have been learning a lot from playing in the Caf Champions League,” he added.

With the experience he got playing in hostile conditions on the African continent, Meyiwa said he will bank on that to spur him on when he lines up for his second cap in the Bafana national team.

“I think it will help me a lot, the experience I got there.

“For me it was a great experience and I wanted to wrap it up by winning the trophy, but unfortunately it did not happen.

“Now I have to work hard for both the national team and my club Pirates.”

After this match, Bafana will play world champions Spain in another friendly at FNB Stadium on Tuesday.