How the lockdown will affect the informal market sector, for buyers and sellers

The vendors' customers were not stockpiling crates of wine, beer and vodka, or queuing at chemists for scripts, instead they were loading up on greens. 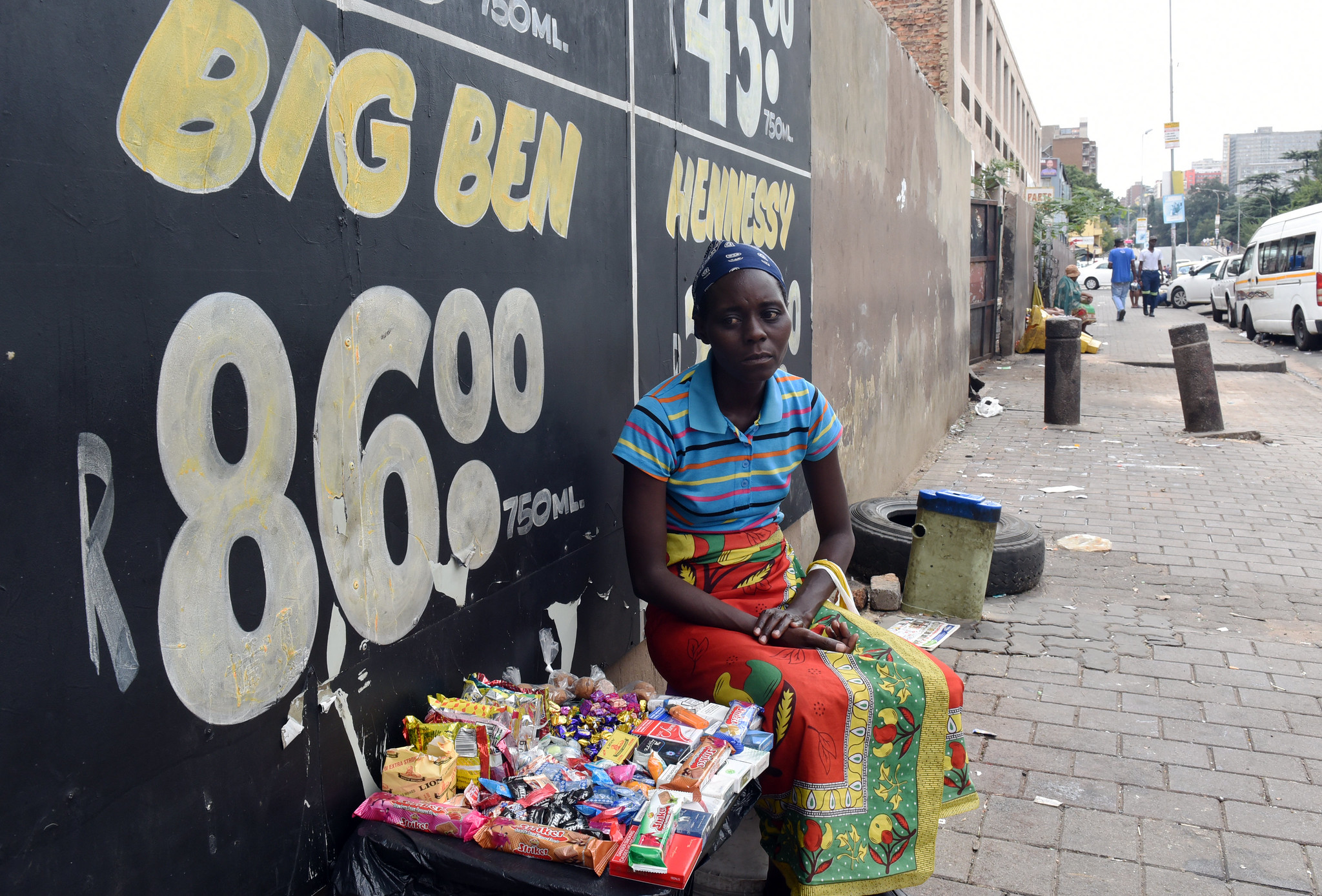 Pretty Ndlovu operates her stall at the corner of Nugget and Bree Streets in Johannesburg, 25 March 2020. Ndlovu is worried about lockdown since she makes a living by selling on the streets. Picture: Nigel Sibanda

Just R10 for a large packet of sweet, juicy black grapes and R7 for a bag of tomatoes ripened by the sun on the roadside were some of the Covid-19 fire sale deals on offer on Thursday.

In preparation for the 21-day lockdown, street vendors were clearing their stock, hence the lowered prices for their goods.

“We are trying to sell everything today,” said a woman bagging okra as quickly as she could on Parklands Main Road in Cape Town.

The vendors’ customers were not stockpiling crates of wine, beer and vodka, or queuing at chemists for scripts, instead they were loading up on greens.

President Cyril Ramaphosa’s declaration of a national state of disaster ushered in a raft of regulations, which includes shutting down street vendors, fleamarkets and the millions of people who rely on these small earnings.

From vetkoek sellers to Greenmarket Square curio sellers, the national lockdown was evident as yawning spaces were left where just last week there was bustling trade.

One woman tied bunches of sprightly morogo, a leaf that is used in African relishes, as quickly as she could as people bought on their way to the bus stop. The lockdown regulations allow for excursions to shops for essential items, but many people will not have the option of the special vegetables and low prices offered by the street vendors.

Some traders told News24 they might try and sell from home, given that people were encouraged to get their supplies from local outlets.

A bin picker put his hand into a bin and inspected a cigarette butt. He usually plies the suburbs on rubbish bin day, collecting items that can be resold or used.

Asked how he will survive once he is barred from walking the streets, the man shrugged his shoulders and said: “I will just have to skarrel (scratch around) in the bushes.”

A row of second-hand children’s clothes fluttered on a fence in Bayside, Table View, and cosmetics with a little bit of lipstick or eye shadow were spread out for customers prepared to pay a few cents for the last scrapings of colour left in it.

For Abdul Hassan, a trader at one of the famous blue tents along Adderley Street, the lockdown will be financially catastrophic.

He is not the only one to suffer – the porters, who push their packed-up stalls to storage, and the ice merchants who help keep their drinks cold, will also be out of work.

“Cyril Ramaphosa is not going to help me,” he said as he passed a cigarette to a customer.

By Thursday afternoon, the traditional bright colours of the Adderley Street flower market were gone, with brown crates and flattened cardboard in their place, waiting for the street to empty out.