The country has recorded the second death of a patient who had tested positive for Covid-19. 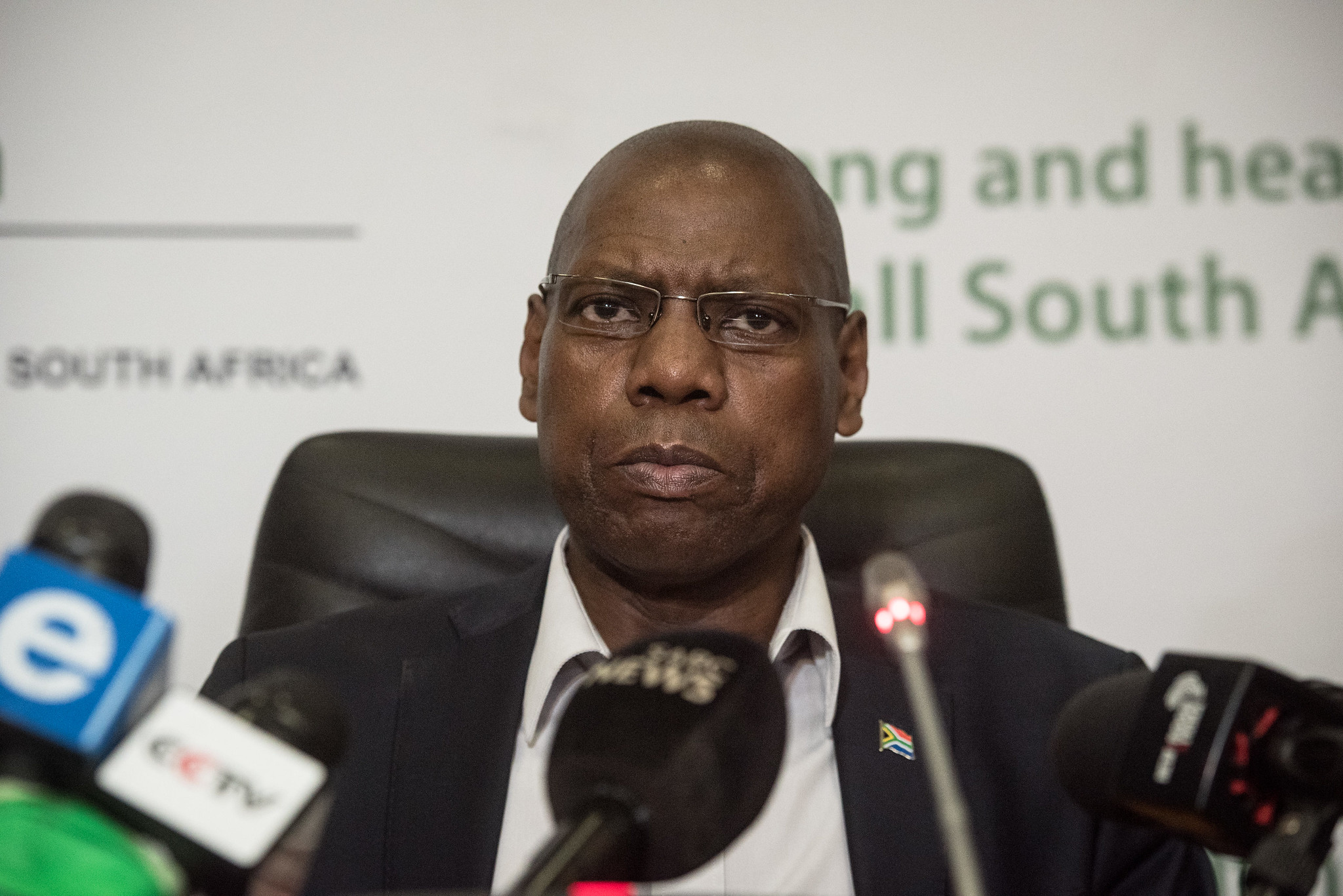 In a media statement on Sunday evening, Health Minister Zweli Mkhize announced that the number of coronavirus cases in the country was now 1,280, an increase of 93 from the previously reported cases.

Mkhize further announced the second death of a patient who had tested positive for Covid-19.

“The 74-year-old male had been in ICU and ventilation in a private hospital in Ladysmith. He had travelled to Kruger National Park with his family and came back with flu like symptoms.

“He was confirmed to be Covid-19 positive on the 27th March 2020. It has been reported to us that the deceased patient had an underlying skin cancer condition (melanoma), which had already complicated. He presented with the following symptoms: respiratory distress, shortness of breath, cardiac failure, decreased saturation and his temperature was above 38 degrees.

“The deceased’s family, 14 health workers, including 3 specialist doctors, who were in contact with him are now in quarantine and being monitored,” said Mkhize.

Mkhize has expressed concern over the number of confirmed Covic-19 cases of health workers, including doctors and nurses, who work both in the private and public hospitals.

“All these health workers are in a good medical condition with most of them having mild or no symptoms. It is only one doctor in the Free State aged 70, who is in ICU. It must be emphasised that none of these health workers were infected by patients that they were treating. They came into contact with their family members, friends and other colleagues who had tested positive for Covid-19. All individuals who were identified as contacts of these health workers have been put in quarantine and are being monitored,” he said.

The provincial breakdown is as follows: 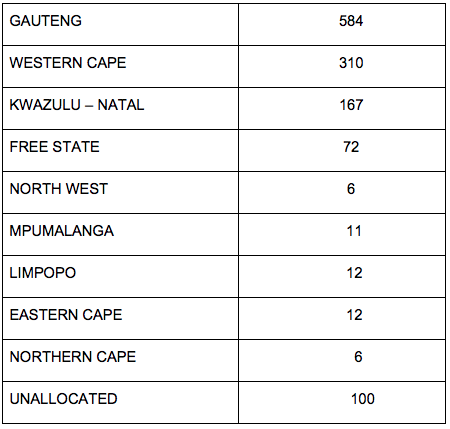 Winde said in a statement: “We have seen another increase in the number of residents admitted to hospital as a result of the virus, with 14 currently hospitalised, three of these in intensive care.

“Today we have started providing sub-district information across the Western Cape, including in the city of Cape Town. The stats show us that this virus is spreading, reaching communities across our province. Each and every one these cases, from Khayelitsha and Mitchells Plain to Mossel Bay — is of very serious concern for my government.

“This virus will impact us all, but it will impact our most vulnerable – the elderly and those with underlying  medical conditions – the hardest. We must all play a role in halting its spread by staying in our homes.”

In Gauteng, Health MEC Bandile Masuku revealed earlier on Sunday in a media briefing that the number of positive coronavirus cases had increased to 545, with new confirmed cases on Sunday evening bringing the number to 584.

Masuku said at the time: “We currently have 15 patients admitted in hospital. Six are in public hospitals and nine in private hospitals. We are left with one patient in ICU who is improving and might be out in due course.”

He added that there was a results backlog at private laboratories which could see the number changing.

Entrepreneur lays bare how black firms are short-changed by Implats mine
8 hours ago
8 hours ago
PREMIUM!

Entrepreneur lays bare how black firms are short-changed by Implats mine
8 hours ago
8 hours ago
PREMIUM!