With the hope their monthly benefit would arrive early, many were met with disappointment after standing in long queues waiting their turn at Nelson Mandela Bay pay points. 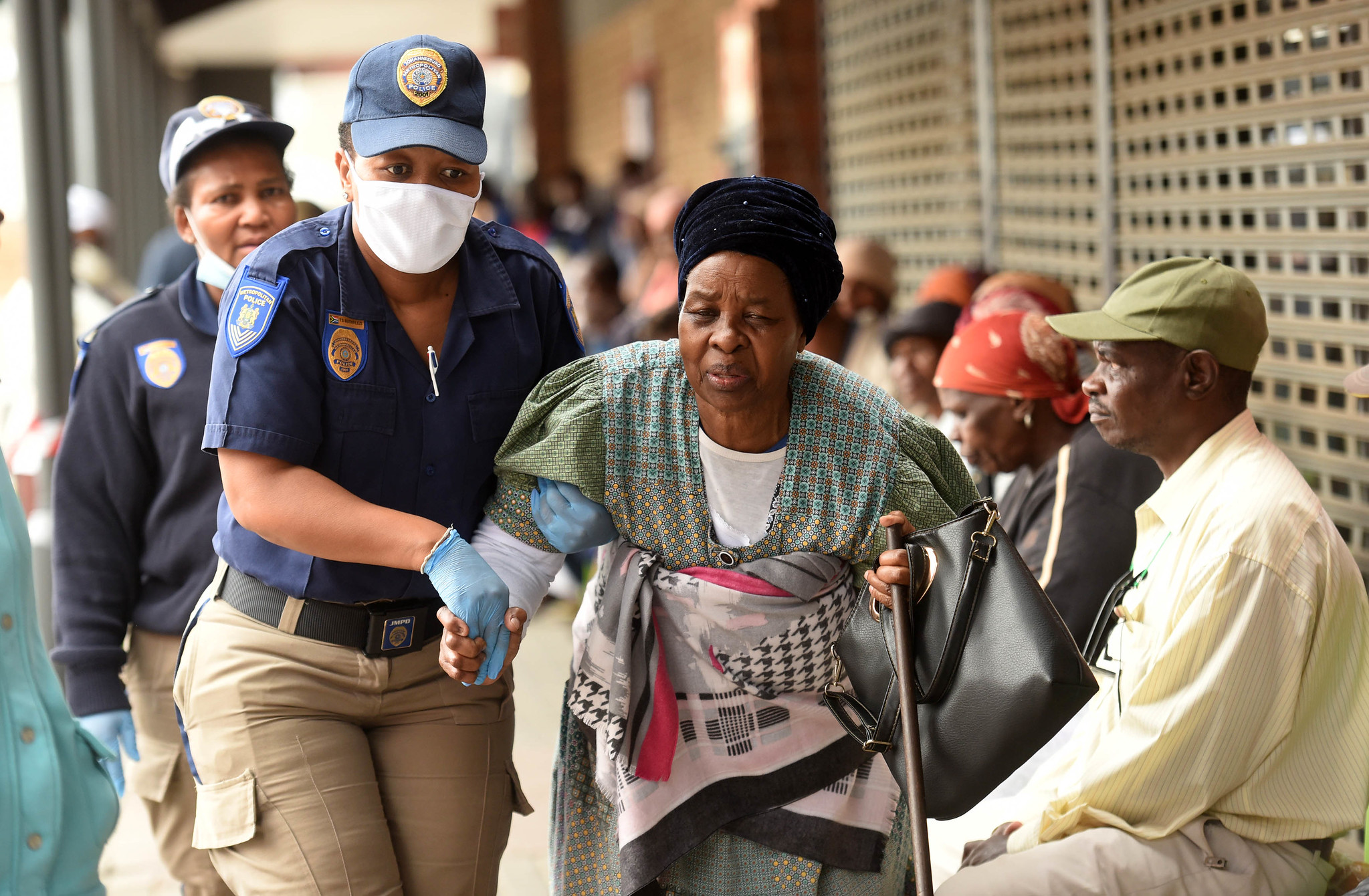 Social distancing and protective clothing were the last things on the minds of many people who collected their social grants at some of the busiest pay points in Nelson Mandela Bay on Monday.

None of the beneficiaries standing in long queues at the Ziyabiya shopping centre wore gloves or masks, and none adhered to the social distancing requirements implemented to keep them safe from contracting or spreading Covid-19.

As the first day of pension payouts arrived since the announcement of the nationwide lockdown, the first recipients headed for pay points and ATMs across the city.

With the hope their monthly benefit would arrive early – as some had heard through the grapevine – many were met with disappointment after standing in long queues waiting their turn.

At Ziyabiya in KwaDwesi, 67-year-old Nomisile Gqunta, who looks after her five grandchildren, said she had woken up early to get to the Shoprite cash-out point she normally used.

“I was discouraged when I arrived here, the line was too long, it curved all around to that end [pointing to the empty portion of the shopping centre].

“But I told myself I would endure the long line because I have nothing back home, my grandchildren have no food to eat.”

Hours later, Gqunta said she wished she had listened to her intuition.

“My turn arrived, there was no money in the account, now I have to go back home and make this trip again tomorrow, or wait for the date I normally get my grant.”

Gqunta is not the only one who found herself in this situation, young mothers in Algoa Park waited in the scorching sun at an ATM, hoping they would be lucky and be on the list of recipients to be paid.

Pushing and shoving to get paid first

At the Boxer Store in KwaNdokwenza, one of the most popular pay points, many assembled at the store as early as possible, but while others were lucky, some were not.

Sisipho Matiwane, 22, said she had hoped she would get paid even though she normally collected her grant on the first day of the month.

“I’ve been watching people stockpiling since the first day of the announcement of the lockdown.”

Matiwane said she had witnessed people forcing their way to be first in line.

“Sadly, the old people were the victims because they don’t have the power to push their way through. I opted to just leave the queue and just sit in the shade until they had calmed down,” she said.

At Kenako Mall, a security guard, who asked not to be named, pointed at the efforts they had made to ensure people stick to the call for physical distancing.

“We did our part and even battled to manage the queues, none of that helped.

“They would not oblige, even the cordoning off of the areas where they were supposed to form lines, for their safety…”

He said he was worried about the following days as these were usually the most hectic pay days for social grants.

“Surely, tomorrow [Tuesday] and Wednesday will be far worse than today.”

He questioned whether some even cared about physical distancing. “Even the coronavirus scare doesn’t discourage them.”