The daughter of the ICU patient has made a public plea on her Facebook account for people to stop making jokes about death. 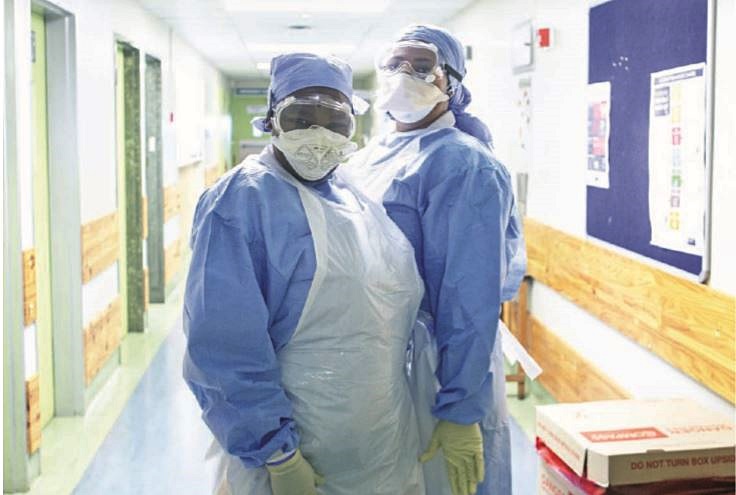 A nurse in Nelson Mandela Bay has become the first person to be admitted to the city’s designated ICU facility to treat the coronavirus.

Kupelo said the 56-year-old woman was admitted to a dedicated quarantine facility. She is from North End, a suburb in Port Elizabeth.

“The nurse is believed to have attended a funeral of a retired employee who had worked overseas,” said Kupelo.

The funeral was reportedly attended by more than 50 employees, including international guests and people from other provinces.

Current lockdown rules call for a maximum attendance of 50 people.

Kupelo said all clinicians and officials who may have come into contact with the patient will be identified and the necessary measures followed.

He said a doctor and a nurse from Dora Nginza Hospital have also tested positive and are currently under self-quarantine in their homes. While the two health workers have not been identified, Kupelo said people who may have come into contact with the nurse and doctor are being traced and screened.

“The doctor’s wife is under self-quarantine,” Kupelo added.

According to HeraldLive, the city has nine cases, with the others in self-isolation.

Meanwhile, the daughter of the ICU patient, whose name is also known to News24, has made a public plea on her Facebook account for people to stop making jokes about death.

“Have you actually sat and thought what we must be going through right now, with my mother testing positive for Covid-19 and fighting for her life in ICU?” she said in her post on Friday.

The health department also reiterated calls for people to practice good personal hygiene by washing their hands regularly for 20 seconds, keeping a physical distance of at least two metres, and to avoid touching their faces.