ATM calls on Ramaphosa to reveal what he discussed with Gates

The party says the president should clarify the issues around possible Covid-19 vaccines in Africa. 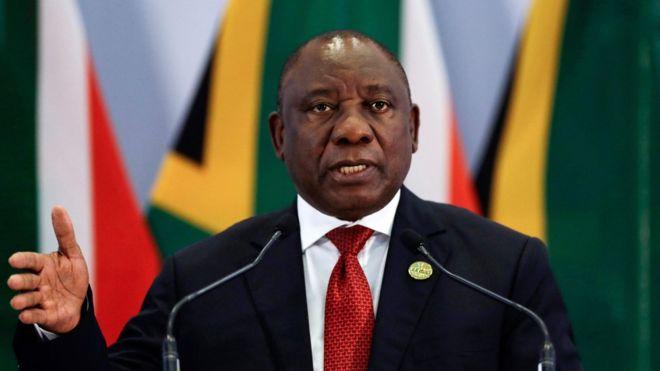 The African Transformation Movement (ATM) has called on President Cyril Ramaphosa to urgently meet with political party leaders before addressing the nation.

The meeting will be an opportunity for him to clarify issues that have been causing divisions among South Africans, according to the party.

The ATM would like the president to clarify allegations that during his meeting with American billionaire Bill Gates he discussed Covid-19 vaccines being piloted in Africa. The allegations may stem from news reports that Gates is funding a vaccine in Africa, which was subsequently corrected by at least one news outlet on Sunday.

“If not, are you able to take the nation into your confidence and disclose what you discussed with Bill Gates during his visit on our shores in Feb 2020?” said the ATM.

Africans have been up in arms following Noah and Gates’ interview in which they discussed Covid-19 relief efforts by the Bill Gates Foundation, and the fallout that then followed from the incorrect news report.

While Gates discussed helping African countries with testing kits, among other initiatives, people seem to have confused the interview with that of French doctors who discussed testing drugs in Africa.

But the comedian clarified that nothing of the sort was discussed.

He said: “Where in this entire interview do you hear either of us saying a vaccine will be tested in Africa? Are you confusing us with those French doctors or are you just trying to get retweets?”

He said he received death threats following the interview, which has been partly blamed on an incorrect News24 article about the issue.

The ATM nevertheless called on Ramaphosa to explain why Noah and Gates are supposedly “spearheading” the conversations around “such a complicated medical issue”.

“All we are asking is for the record to be set straight on these matters to unite the country in fighting Covid-19.”

Read its full statement below: