He was also critical of Police Minister Bheki Cele, saying while police officers accused of graft have been arrested, more had to be done by law enforcement to punish errant officials and leaders. 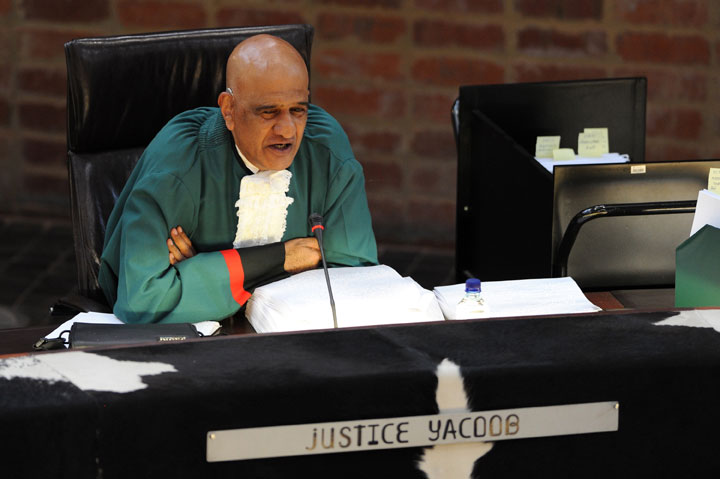 Yacoob was speaking via Zoom to around 250 people at a University of KwaZulu-Natal-hosted webinar on fake news, the lockdown and its unintended consequences.

“When the minister [Stella Ndabeni-Abrahams] breaks the laws, the minister loses two months pay and that is about it. We must not bring out our anger on the ordinary people who break the law. It is for leaders and leadership to set the example,” he said during the webinar on Wednesday.

He was referring to Communications Minister Stella Ndabeni-Abrahams being placed on special leave for two months, one of which would be unpaid, after a picture emerged on social media of her having a meal at the home of former deputy higher education minister Mduduzi Manana during the national lockdown.

On Wednesday, the National Prosecuting Authority confirmed she had pleaded guilty and paid a R1,000 fine.

Yacoob said leaders needed to bear more of the brunt of the law.

He was also critical of Police Minister Bheki Cele, saying while police officers accused of corruption have been arrested, more had to be done by law enforcement to punish errant officials and leaders.

“We punish poor and vulnerable people, but when the police do something wrong, yes the police are arrested … but it is very few and no ministers have been arrested, when they have been guilty of arrestable offences in my opinion.”

Yacoob was also critical of the government’s dissemination of information during the national lockdown, saying timing was pivotal.

“I agree that part of the reason we get fake news is because there is not enough detail in relation to the real news. There should be a time every day when every municipality and every province say exactly what the position is in their area.”

Yacoob said there was also disrespect shown by the government when it came to time-keeping.

“Our national leaders have no respect for our people. Announcements are made at the last possible minute like they are the bosses of everything. When they say 20:00, the president gets busy as if what he does is more important than what we are. Then we only see him at 20:30. It is unacceptable.”

He said the government acted as if the information they gave out was their will.

“I agree information released is haphazard as if God is deciding when God will do what. It is just not on.”

Yacoob said it was hard to educate people on fake news in the short term.

“We must try to tell people for now, they must accept the dominant opinion of medical leaders.”