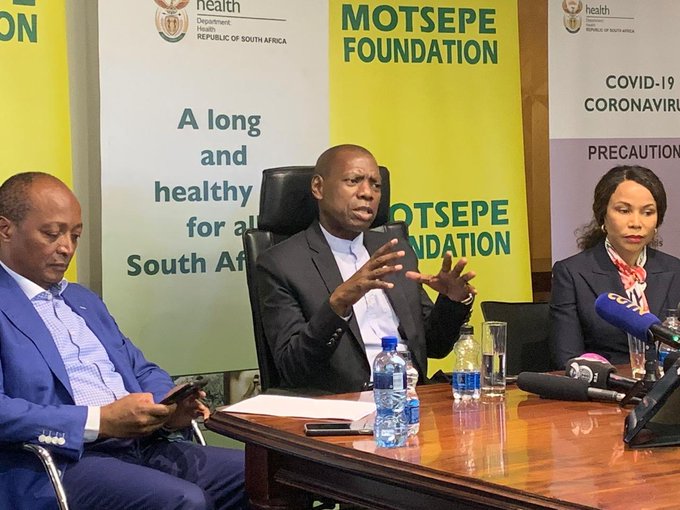 Health minister Dr Zweli Mkhize at a briefing on Tuesday.

Eastern Cape health officials are “gravely concerned” about the spread of Covid-19 in rural areas in the province after it appeared that some families flouted national lockdown regulations relating to funeral attendance.

There are around 200 Covid-19 cases linked to just three funerals in the province.

Eastern Cape Health Department spokesperson Sizwe Kupelo told News24 that although the regulations allowed a maximum of 50 attendees at a funeral, some families “defied” this, leading to scores of new cases.

“We are gravely concerned about funerals in the province. We have welcomed submissions made by traditional leaders to the national health minister to have all deceased receive the same treatment; that is, to be transported directly from the mortuary to the cemetery,” Kupelo added.

Funerals present multiple opportunities for the spread of the virus, he said, adding that social distancing was not necessarily followed and food and water were shared.

In some villages, graves were dug manually and men shared tools, he said.

– In Mthatha, one case has also been linked to a funeral

The funeral in Majola was attended by an employee of the East London Department of Correctional Services, where there are 80 cases, Kupelo said.

Teams have been dispatched to Port St Johns to attempt to control the spread of the virus and are screening, testing and tracing community members.

On Saturday morning, the province had 480 confirmed cases, six deaths and 19 recoveries. The figure increased from 270 cases reported on 19 April.

Most of the cases were in the Nelson Mandela Bay, Buffalo City and OR Tambo municipalities.

Lockdown regulations prohibit night vigils and limit the number of funeral attendees to 50.

But they allow travel between cities and provinces for funeral attendance.

Close family members of a deceased person who want to travel need a magistrate to sign a permit, or an affidavit may be presented for consideration at a police station.

Health MEC Sindiswa Gomba previously told News24 that the provincial government was considering a moratorium on the use of tents and catering at funerals due to the escalating number of positive cases at such ceremonies.