The MJC said that guidance had already been given. 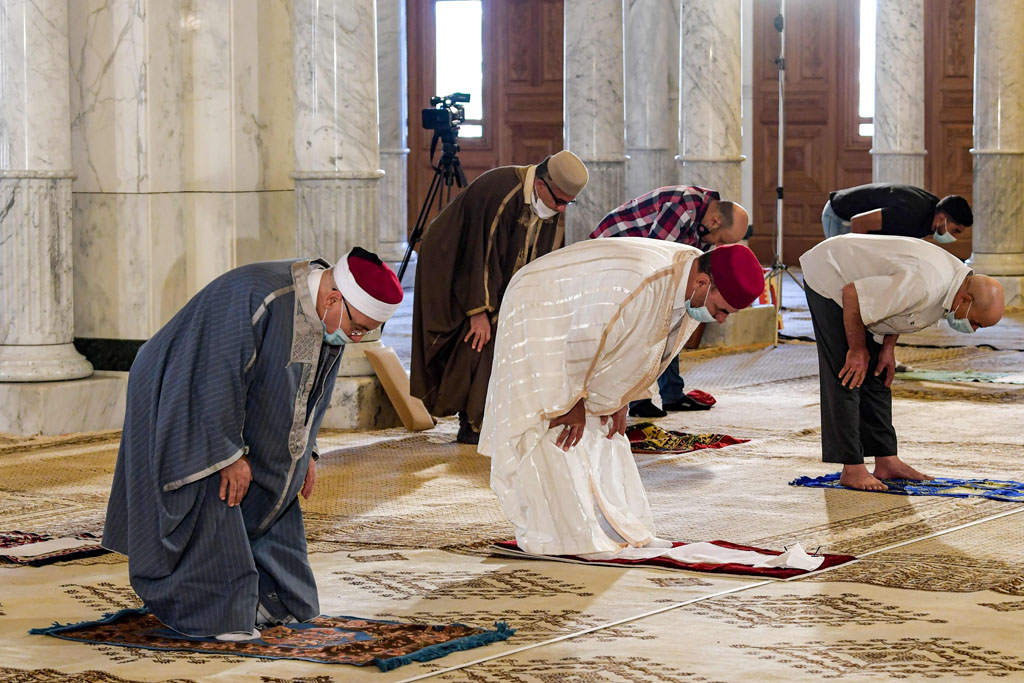 Tunisian worshippers in predetermined spaces inside a mosque, in adherence to social distancing rules due to the COVID-19 coronavirus pandemic, pray at Malek Ibn Anas mosque in Carthage, east of the capital, on the first day of Eid al-Fitr, the Muslim holiday which starts at the conclusion of the holy fasting month of Ramadan, on May 24, 2020. The mosque was the only open house of worship for Eid. Tunisia will reopen places of worship, restaurants and hotels from June 4, more than two months after closing them over the coronavirus pandemic. Travel between provinces remains forbidden and security checks will be increased during Eid al-Fitr, when people traditionally visit family. / AFP / FETHI BELAID

“Due to no confirmed reports of moon sighting in the country, the United Ulama Council of SA has determined that, in South Africa, 1 st Shawwaal 1441 AH will be on Monday, 25 May,” the Jamiatul Ulama South Africa said on its Twitter page this weekend.

News24 reported that the Muslim Judicial Council (MJC) on Friday urged the Muslim community to exercise physical distancing and to stay at home during the upcoming Eid celebrations.

In a statement on Friday, the MJC asked the community not to gather during the moon sighting, not to visit their families on Eid, and to instead use technology to create “special family moments”.

News24 reported the MJC as saying that Eid can potentially become “a super-spreading event, which could result in many more people dying, especially if people disobey lockdown regulations and start visiting family”.

The MJC said that guidance had already been given for performing Eid salaah at home.

It encouraged communities to participate in the collective Takbir “by standing on your stoep/porch as a family and making Takbir with the community”.