Durban family shares their heartache after dad dies of Covid-19

Durban resident Anton Harman lived a good, normal life before he succumbed to Covid-19 after nearly a month on a ventilator in hospital. 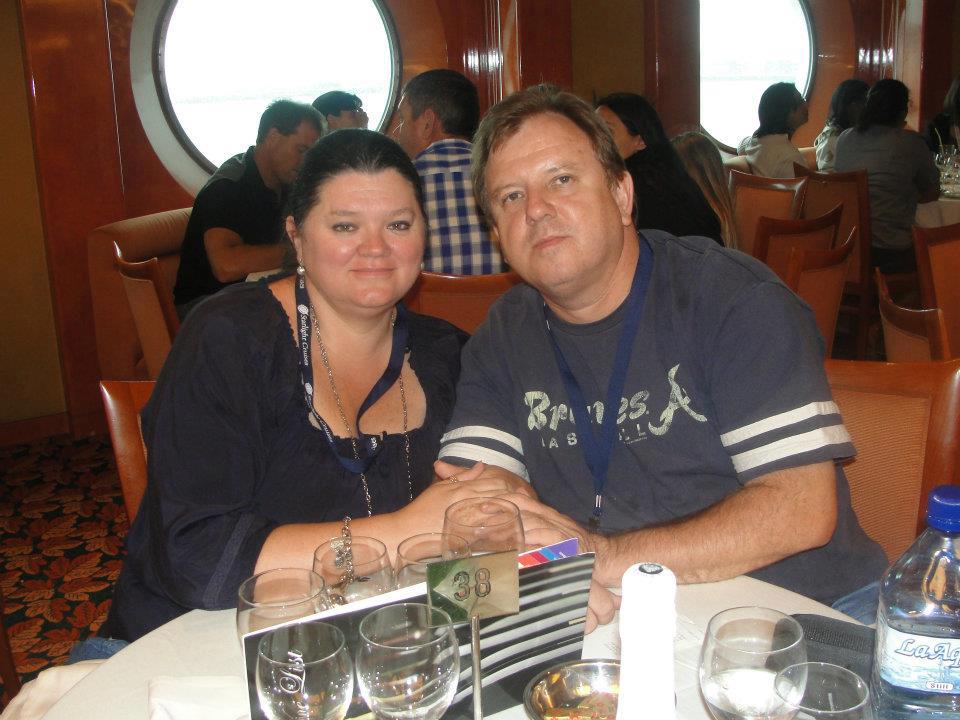 Anton Harman and his wife, Tracy, in 2016. Picture: Facebook

He was a father, a husband and an active South African Revenue Service (SARS) employee who travelled the country, plying his trade as an operational specialist trainer.

His life revolved around his daughter Thea and wife of 28 years Tracy, who had to watch him slowly deteriorate as machines helped him breath in the last 29 days of his life.

Now, his family have decided to speak out, saying they want people to know that Covid-19 precautions must be applied fastidiously, to avoid facing the same fate as Anton.

It all started in April…

“He decided to go to hospital to see the doctor. He only had a fever, but we thought it best to be safe. The doctor said he had an upper respiratory infection and gave him medication for symptom relief.”

The next day, on 13 April, as a precaution, Anton underwent Covid-19 testing.

“By Tuesday 14 April, we got his results and he had tested positive,” his daughter said.

At this point, both mother and daughter had to also get tested – about a week later, both discovered they had tested positive for the virus and the family went into quarantine together.

“It’s now been three weeks though, and we have both luckily been negative,” Thea said of their current condition.

By Wednesday 22 April, she said her father took a turn for the worse, so he decided to visit the hospital again.

“At that point, he had a high fever. In the beginning, he could break the fever with medication. By Wednesday morning he had a fever of 39, had a bit of tightness in his chest. We did not think anything of it. He also looked very tired.”

The beginning of the ventilator

Thea said he visited the hospital and was immediately admitted.

“A few hours later, the doctor phoned to say he was put on a ventilator. At this point, we had broken down in tears and were very scared. We didn’t know what to think and just resolved to take each day as it came.”

From this point, Anton would remain on a ventilator for 29 days.

“During the 29 days, he would have times where he was doing well. They would start to wean him off the ventilator and then he would have a hiccup and go two steps backward from the progress he had made, and we would be at square one again.”

Thea said the doctors tried their best to assist him.

“They looked into all sorts of treatments and really did all that they could.”

‘ It is time to come to hospital to see Anton ‘

The real turn for the Harman family came around 8 May when his oxygen saturation began lowering.

“The normal breathing saturation is between 90% and 100%. My dad’s was in the upper 70s and this is when the doctors said my mum should go in to see him.”

She said her mother had to be dressed in full personal protective equipment (PPE).

“My mother could not go to the bedside at all. She only saw him through a glass wall. She did speak to him through a portable monitor, they put it to his ear. That visit was very brief. They did not want her there for long at all.”

By 15 May, his saturation again dropped, and Thea’s mother was called back to the hospital to see her father.

“Both my mother and I went to see him this time in full PPE clothing after much deliberation from the hospital management. They were unsure about both of us speaking to him.”

Again, the only contact the women had with the patriarch of their family was through a glass wall.

Anton’s condition began improving from 16 May, but he again took another turn for the worse on 21 May, said Thea.

“He actually had a really good day and was stable. But then all of a sudden at 19:30 they said he was not doing too well again. Around 20 minutes later, the doctor called and said they had given him everything they could, but they still couldn’t get a reading on his blood pressure. His heart rate was quite low.”

It was not my dad on that bed

Speaking about her father, Thea said she only saw him once, on 15 May, but could still not believe it was him.

“I could not tell it was him. He looked so different. I don’t think he was my father at all at that point. It just felt so surreal, like this is not happening.”

She described her father as a loving, kind man.

“In 2017, we both decided to do our law degrees together. We planned to do it over the course of five years. We had just completed 2.5 years of studying together. We were study partners and were there for each other. He was always there for us and now he is not coming back.”

My husband was not just a number

Tracy said she wished people who did not take the virus seriously could see what happened to her husband.

“A machine had to breathe for him. This ordeal is so traumatic. You cannot think that you won’t get it. I don’t want anybody to ever go through this.”

She added when she saw her husband in hospital, she was shocked.

“The hospital allowed me to see him through a monitor and speak to him over a phone. What I saw was not my husband. I wish this virus could be wiped out. He was not an old man, he was 54. They need to understand how important it is to take precautions.”

Tracy said there was no such thing as being overcautious.

“You need to be almost neurotic. You have to wear your masks. Tell people not to come near you. If one person dies, it is too many. I want to literally stand and scream at people who don’t listen and say please listen to what people are telling you. You will get it. I did not think we would be living in a world like this.”

She added Anton was her soulmate, partner and husband for 28 years.

“The three of us did everything together. People used to say I don’t understand, you never leave your daughter alone. We did holidays and shopping together. The bond was unbreakable.

“My husband travelled all over the country. It seems like he is gone somewhere, and he is going to come through the door.”

Tracy said her daughter would often follow the Covid-19 numbers.

“My daughter used to follow the Covid-19 numbers. While he was in hospital my daughter told me, the numbers went up. I said your father is so much more than a number.

“I understand why we have to have the numbers, but if people attach faces to the numbers, you will see this for what it really is. My husband was a human being. Until people realise that, deaths will keep happening.”