The country, however, remains under Lockdown Level 3. 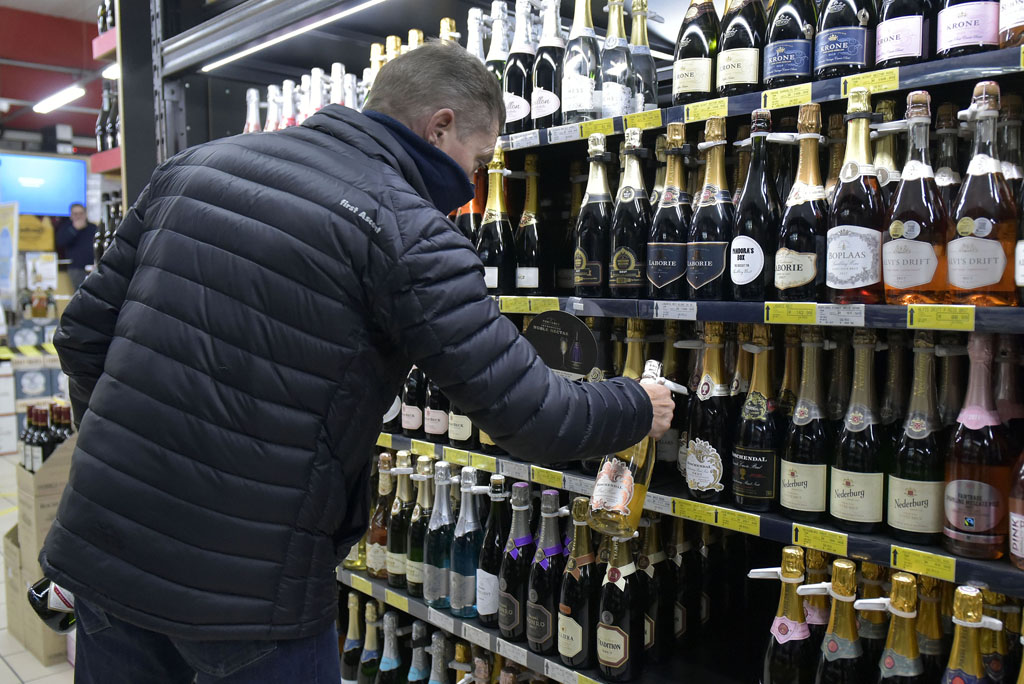 This is after the arrival of the 1.5 million doses of the Oxford-AstraZeneca vaccine from India earlier on Monday.

Ramaphosa said the other 500,000 doses from India will arrive in February, while 12 million are coming from the Covax programme.

The President further said that 9 million doses would be coming from Johnson & Johnson, with Pfizer/BioNTech committing approximately 20 million doses.

He added that no one will be given the Covid-19 vaccine against their will.

Ramaphosa noted that the country has been seeing some promising signs of decline in Covid-19 transmissions since stricter lockdown regulations were imposed during the last “family meeting” on 11 January.

“With the clear decline in new infections, hospital admissions and deaths, Cabinet has decided to steadily ease a number of restrictions under adjusted Level 3,” he said.

The President further said that the curfew for South Africans will remain in place between the hours of 11pm and 4am.

Establishments will need to close by 10pm to allow their customers and staff to return home by curfew. The suspension of the sale of alcohol will be lifted subject to certain restrictions.

Ramaphosa said alcohol will be permitted for on-site consumption in licensed establishments, from Monday to Thursday from 10am to 10pm.

He, however, noted that liquor outlets will be allowed to sell alcohol for off-site consumption throughout the week during the hours of 10am to 6pm only.

“I want to call on all of us to drink responsibly so that we do not experience a spike in trauma cases or an increase in infections due to reckless behaviour. As we ease restrictions once again, the responsibility on each and every one of us as individuals becomes even greater,” he said. 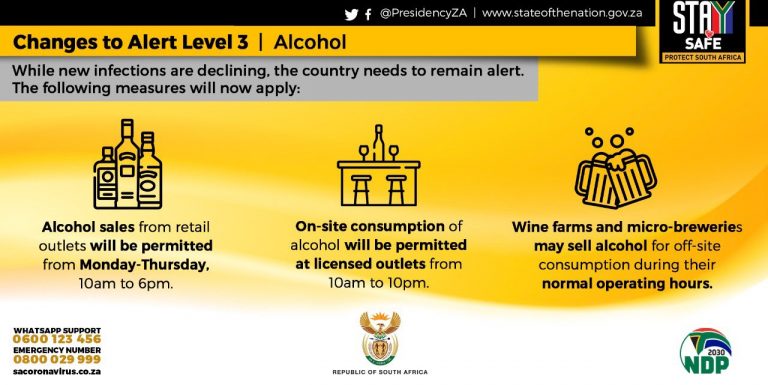 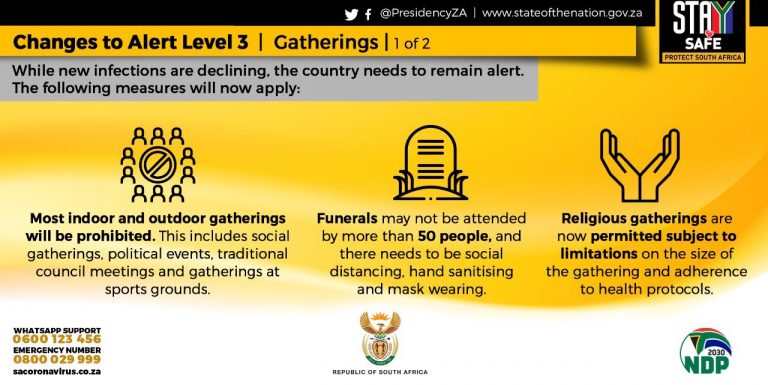 The President further said no gatherings of more than 50 people indoors and 100 people outdoors will be permitted which includes funerals and religious events, meanwhile spectators will not be permitted at sporting events.

“Where the venue is too small to accommodate these numbers with appropriate social distancing, then no more than 50 per cent of the capacity of the venue may be used.

“Public places such as beaches, dams, rivers, parks and public swimming pools will be reopened subject to health protocols,” he added.

READ NEXT: Alcohol industry gearing up to start trading on Tuesday – Ntimane