As of Sunday evening 70 527 health care workers had been vaccinated. 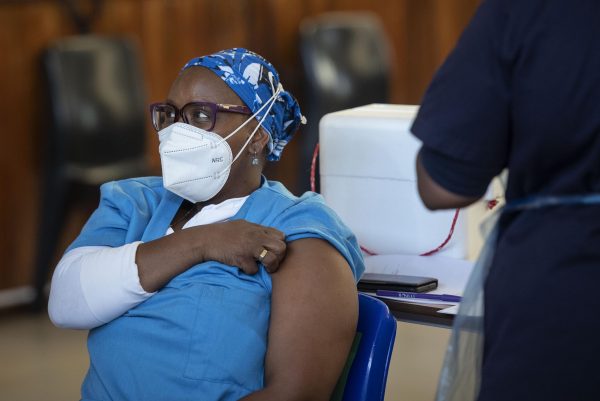 South Africa will on Monday reach another grim milestone as the official death toll stemming from the Covid-19 pandemic breaches the 50 000 mark.

The country recorded 52 deaths on Sunday, bringing the death toll to 49 993. An additional 1 168 new cases were identified.

In a statement, Health Minister Zweli Mkhize said 22 836 tests were conducted and the recovery rate now stands at 94.5%.

As of Sunday evening 70 527 health care workers had been vaccinated. This as the country moves to lockdown level 1 as of Monday.

The virus has killed at least 2,527,287 people since it emerged in China in December 2019, according to an AFP tally compiled from official sources.

Norway’s capital Oslo will impose a partial lockdown, notably closing restaurants and non-essential businesses, from Tuesday until March 15 in the face of a surge of cases of the British variant of the coronavirus, the city’s mayor says.

Authorities say the variant accounts for more than half of cases detected.

The vaccine by US drugmaker Johnson and Johnson is likely to be approved for use in the European Union in early March, a French minister says, adding that the EU hopes to receive 600 million doses of the vaccine by the end of June.

Israel confirms it will vaccinate against coronavirus Palestinians in the West Bank with permits to work in Jewish settlements in the occupied territory and inside Israel.

The territory is home to 2.8 million Palestinians, and rights groups have voiced outrage that Jewish West Bank residents are being vaccinated while their Palestinian neighbours are not.

From Tuesday, travellers will need to show a fresh negative coronavirus test from the previous 48 hours.

– Vaccines for US children –

The United States could start vaccinating older children against Covid-19 by the fall and younger ones by year-end or early 2022, the White House’s top pandemic advisor Anthony Fauci says.

Britain says it has given more than 20 million people at least one dose of a coronavirus vaccine, with the rapid rollout providing hope in a country with Europe’s highest death toll.

Nigeria will receive a first batch of nearly four million doses of vaccine through the global Covax programme on Tuesday, officials say.

Africa’s most populous nation will become the third West African country to benefit from the scheme after Ghana and Ivory Coast.