Russia and China have different approaches to medical ethics than SA, in that vaccines were rolled out before being properly tested. 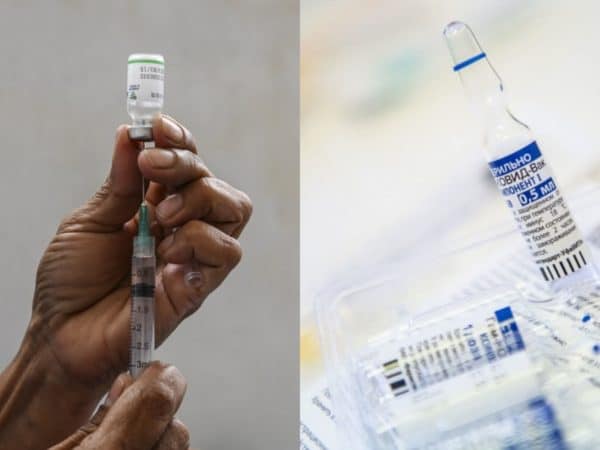 Russia began rolling out Sputnik V long before proof of its efficacy was published, and China has been criticised for rolling out vaccines without sufficient transparency about clinical trial data. Pictures: AFP

The EFF has called for the South African Health Products Regulatory Authority (SAHPRA) to approve the Russian and Chinese vaccines.

The more vaccines available against Covid-19 in South Africa, the better, but there are unanswered questions about these vaccines.

There are actually three Covid-19 vaccines being produced in China: Coronavac by the Beijing-based company Sinovac, and two by the state-owned Sinopharm.

To date, SAHPRA has received applications only for Coronavac, as well as for the Sputnik V vaccine, manufactured by the Gamaleya Research Institute in Moscow.

How effective are these vaccines?

These results are definitely promising.

But the Chilean capital Santiago imposed another lockdown earlier this month, as cases are sharply rising, despite 58% of the country’s 17.5 million people having been fully vaccinated, and 75% having received at least one vaccine dose.

Similar experiences are being reported from Bahrain, Seychelles and Mongolia, all countries that have used vaccines mostly made by the two Chinese producers.

According to the New York Times, all four of these countries are “ranked among the top ten countries with the worst Covid outbreaks as recently as last week”.

These outbreaks raise troubling questions about Coronavac, but this doesn’t necessarily mean it isn’t useful; it may yet be preventing infections and deaths.

Concerns about Sputnik relate primarily to its safety.

Sputnik uses an adenonvirus vector – in this case a modified version of the common cold-causing adenovirus to carry genes for the spike protein in the coronavirus as a way to prime the body if it encounters Covid-19.

This is a similar technology to the vaccine developed by AstraZeneca, but unlike AstraZeneca’s two-dose vaccine, the Russian approach uses a slightly different adenovirus for the second booster shot, so the two doses are different and not interchangeable

The safety issue relates to the adenovirus vector.

Scientists have backed the Brazilian drug regulator’s decision to stop the import of Sputnik, on the basis that batches they tested carried a live – rather than an inactivated – version of the common cold-causing virus.

Again, this doesn’t mean that Sputnik isn’t a good vaccine, but questions about its production quality have to be answered.

An established ethical principle in medicine is that a product is not put on the market before it is tested properly, usually in a large clinical trial where volunteers are closely monitored and randomly assigned to either receive the new medicine or vaccine versus, typically, a placebo.

Yet Russia began rolling out Sputnik V long before proof of its efficacy was published.

China has also been criticised for rolling out vaccines without sufficient transparency about clinical trial data.

This doesn’t disqualify these vaccines for use here, but it does show that both Russia and China have an approach to medical ethics that doesn’t fly in South Africa.

The reality is that the vaccines being produced by the big pharmaceutical companies in Europe and the US — AstraZeneca, Johnson & Johnson (Janssen), Moderna, Pfizer and Novavax, inspire more confidence.

Their data has been scrutinised by the US Federal Drugs Agency (FDA) or the European Medicines Agency (EMA), and so have their production facilities.

Despite some valid criticisms of them, the FDA and EMA are to a much larger extent independent of political interference than their counterparts in Russia and China. They have proven track records and operate in democratic countries where the country’s ruler does not call all the shots.

An example of this was the FDA compelling Janssen not to use millions of doses manufactured at an American plant because of a production problem. Unfortunately that resulted in South Africa’s estimated vaccine supply being caught short.

The problem with the Janssen vaccine in the US was identified precisely because the FDA is usually independent and competent. Would similar problems in China or Russia be caught?

SAHPRA must decide without undue pressure

It is SAPHRA’s task to evaluate the quality, safety and efficacy of vaccines used in South Africa. It must act solely in the public interest, unswayed by undue pressure.

Apparently SAHPRA’s evaluation of the Coronovac application is at an advanced stage, and reports recently made available by the World Health Organisation justifying its recent emergency use listing are being considered.

The Sputnik V application is being subjected to what is called a rolling review: as data becomes available to the applicant it is submitted to SAHPRA.

SAHPRA CEO, Dr Boitumelo Semete-Makokotlela said: “SAHPRA will not be pressured to allow the public access to any product that has not met the necessary regulatory requirements.”

In the meanwhile we have two good quality vaccines being used in South Africa: Pfizer and Jannsen. We should also be trying to source the Moderna, Novavax and AstraZeneca vaccines.

And, yes, if SAHPRA is satisfied that the questions about Sputnik and Coronavac have been answered satisfactorily, we may yet proceed to use them.

But neither the EFF nor any political party should push the regulatory authority into making a dangerous decision.

This article was republished with permission from GroundUp. Click here to read the original article.