SA will not run out of Covid-19 vaccines, Ramaphosa assures

Ramaphosa says Gauteng will double the number of its vaccination sites. 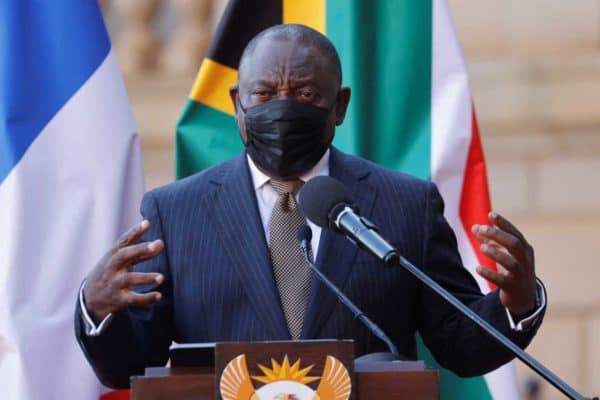 President Cyril Ramaphosa has assured South Africans that the country will not run out of Covid-19 vaccine doses as the country ramps up its roll-out programme.

“We now have a much more confirmed good supply of vaccines [and] we are not going to run short of vaccines,” Ramaphosa said.

He was speaking to journalists on the sidelines of his visit to a public health facility in Tembisa in Ekurhuleni, to assess progress in administering jabs to citizens.

The president was joined by Gauteng Premier David Makhura and several government officials at Rabasotho Community Centre. He said he was pleased with his inspection of the vaccination site, and there were no reports of vaccines shortages.

“One of the things that I’ve come to check is whether they have any shortages of vaccines. They told me that they don’t have shortages, they’ve never had shortages.

“But today is a bit of a slow day and on a good day, they do manage to vaccine quite a lot of people,” he said.

The government has adopted an age-based strategy to administer vaccines, with citizens 35 years and older eligible to receive their jabs.

More than seven million South Africans have been vaccinated for Covid-19, meaning over 10% of the population had received a vaccine dose.

Ramaphosa said Makhura told him that the provincial government intended to double the number of its vaccination sites across the province.

“Premier Makhura was telling me that he has directed that vaccination centres here in Gauteng must double their numbers because we have so many people who still need to be vaccinated. The minister [of health] is going to make sure that there is a good supply.”

Gauteng has a total of 660 active vaccination sites in both the public and private sector facilities.

Ramaphosa said government was looking at innovative ways to get more citizens vaccinated, like through the establishment of drive-thru vaccinations for motorists.

“We are bringing in quite a lot of innovation in the vaccination process and the [health] minister was telling me that one of the innovations is drive-thru vaccinations where people just come, stay in their cars and they are vaccinated, the screening happens and then they move on.

“This is a new innovation and I think it must be one of the few first in the world.”

The president also praised the efforts of the private sector in helping government with its vaccination campaign before he travelled to Midrand, Johannesburg to inspect a private-public partnership centre.

“After this, we are going to a private-public vaccination centre which is essentially also being run by the private sector in partnership with us.

“The partnership is helping us a great deal to also up the number. We are pulling all stops [and] we want to have reached a very good number of people who are vaccinated by the end of the year,” Ramaphosa said.

Within the next two to three months, government is expecting the arrival of around 31 million additional doses from Pfizer and Johnson & Johnson. The US government has also donated 5.7 million doses of the Pfizer vaccine to South Africa.

Ramaphosa: Communities must be served consistently - not just before elections
9 hours ago
9 hours ago

Ramaphosa: Communities must be served consistently - not just before elections
9 hours ago
9 hours ago